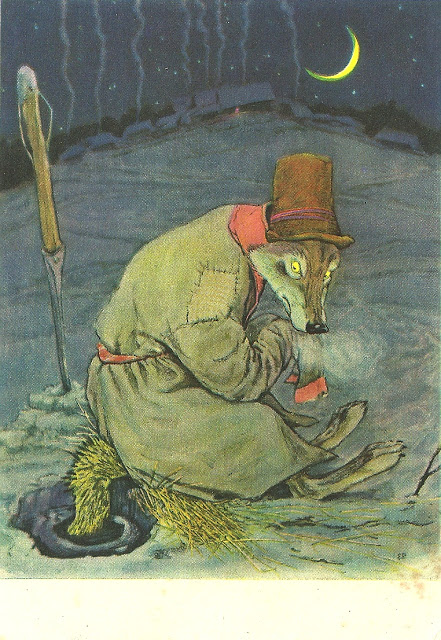 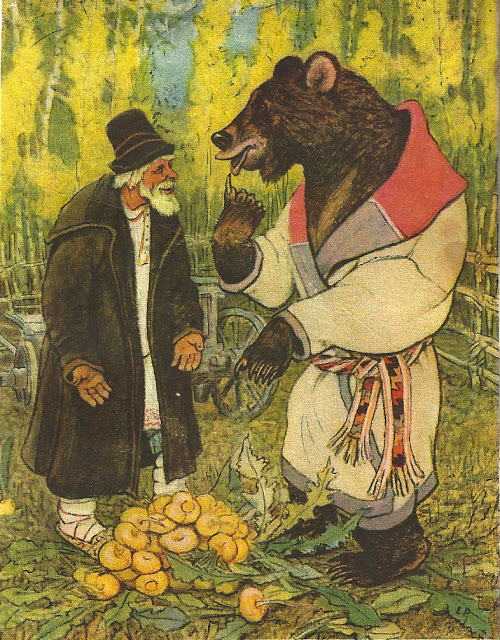 Dating from the late 1960’s and with imagery that somehow seems intrinsically linked to those sorts of places (wolves, snow, men casually chatting with bears in dressing gowns, etc.) they conjure up a real appetite for an ‘otherness’ it’s often nice to believe exists in remote Russian climes, a world of deserted forests, animism, mystery and something very far removed from the normal patterns of life.

Interestingly, the Baltic states and parts of Russia were the last stalwarts of paganism in Europe – maybe references to this can still be found in their visual culture.

These would be great images to get kid’s imaginations firing, I wish I’d had books with similar illustrations when I was younger (although I may have been a little distrusting of the guilty looking wolf)

Bit of a silent one here of late, been celebrating my birthday which involved a few foreign escapades.  One trip to Lisbon was pretty fruitful – found some great 1960’s Portugese kid’s exercise books to add soon as well as rampantly eating original Portugese custard tarts or Nata at Belem (made there since the 1800’s). Will post soon!

This entry was posted in DESIGN, EASTERN EUROPE, ILLUSTRATION, TRAVEL. Bookmark the permalink.