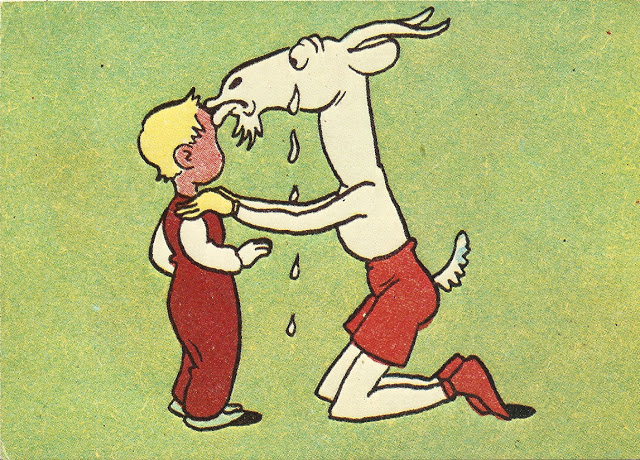 Some Russian postcards that look like animation stills picked up in Lviv, Ukraine and looking to date from the late 60’s from the text and postmarks on the back.   Re. the boy on the first card – I wonder if being kissed on the forehead at a young age by a weeping short wearing goat man might be something that hangs around the psyche for a while. 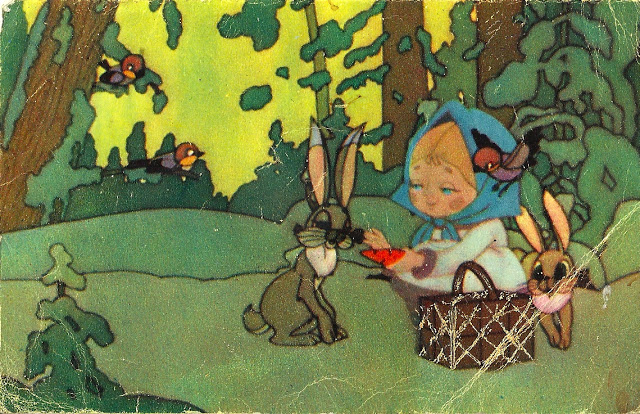 And maybe it’s just the faded green hues and the forest setting, but something about the second postcard reminded me of oddball early 80’s British cartoon Willo the Wisp and made the character below (‘Evil Edna’) creep out of my unconscious for the first time in a few decades.  Unsuprisingly, it would seem she is still fairly terrifying to 30 something  adults 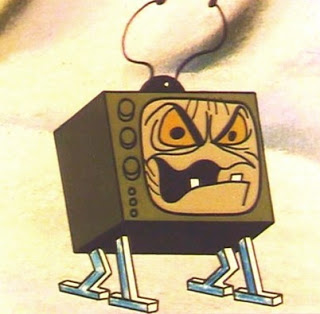