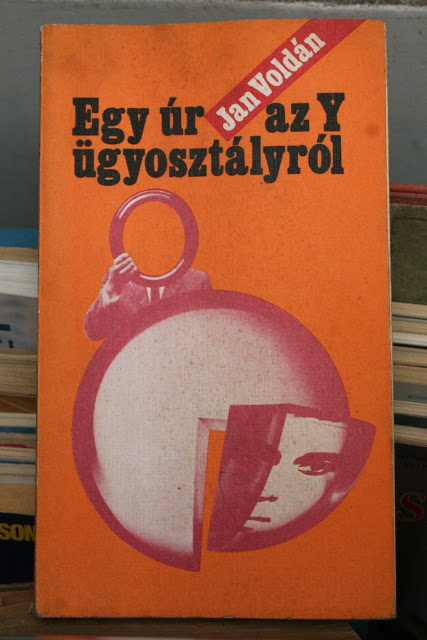 Just got back from adventuring in Transylvania and Hungary.  Found all of these titles by chance in a backstreet bookshop in Budapest.  Some fairly unhinged imagery similar to the covers I featured last year from Lviv in the Ukraine. My favourites are the first few surreal and Sci fi beauties, as well as the psychedelic beast above.

The whole hoard has some interesting graphic and illustrative styles, with the titles seemed to date from around the 1950’s to 1970’s.  I think the best one is the naked alien people with the block of colour over their eyes, yes! I managed to smuggle it home so they now greet me daily as I wake up;  the jury’s still out on what the long term effects of this are. 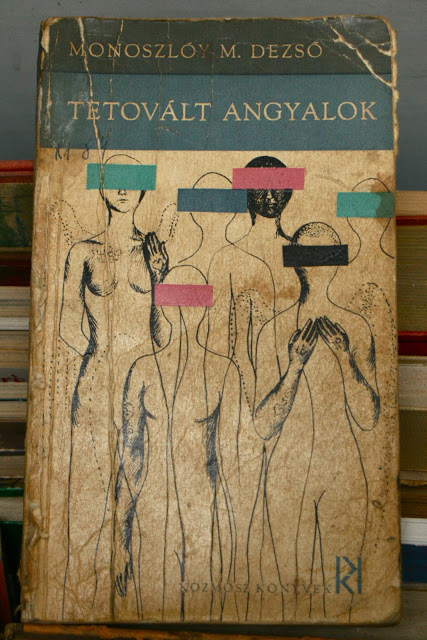 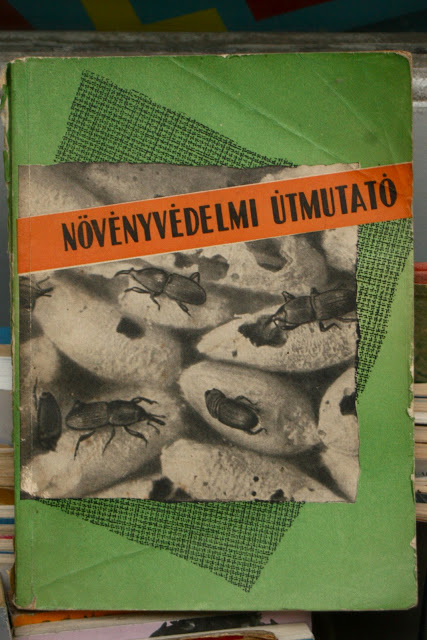 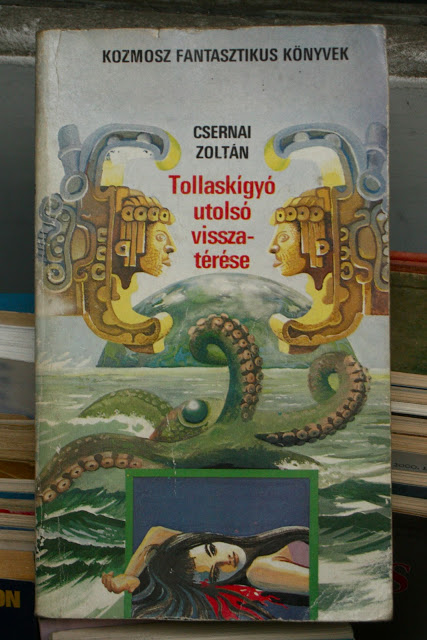 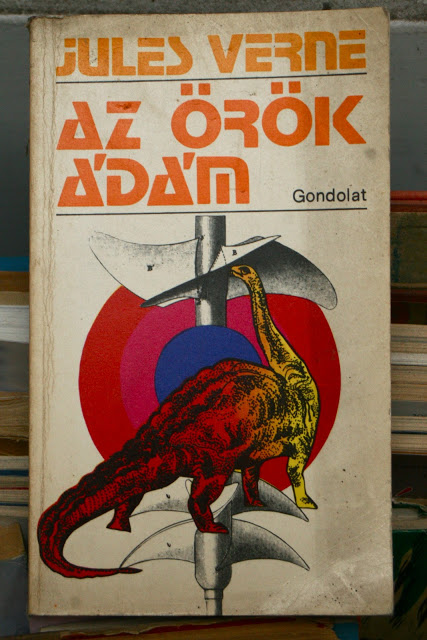 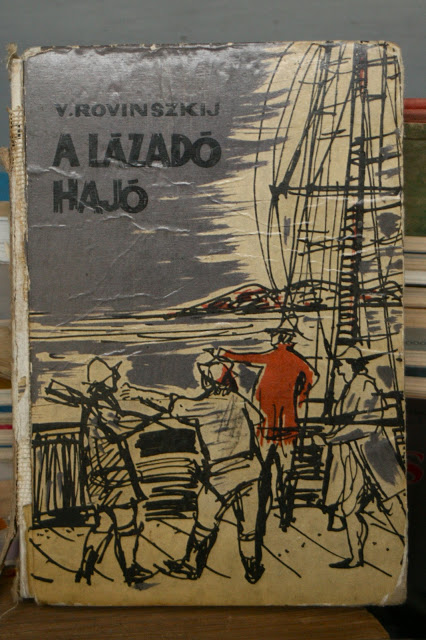 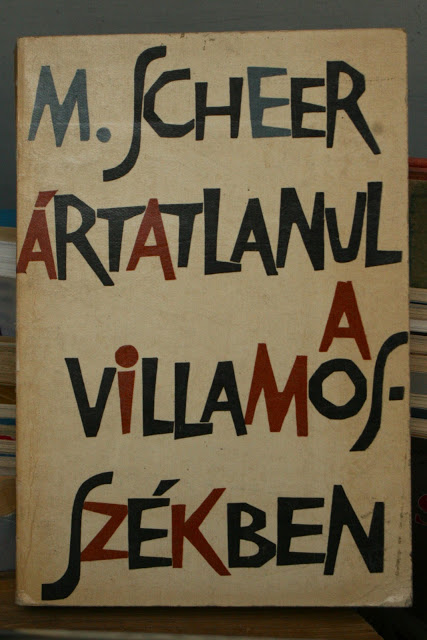 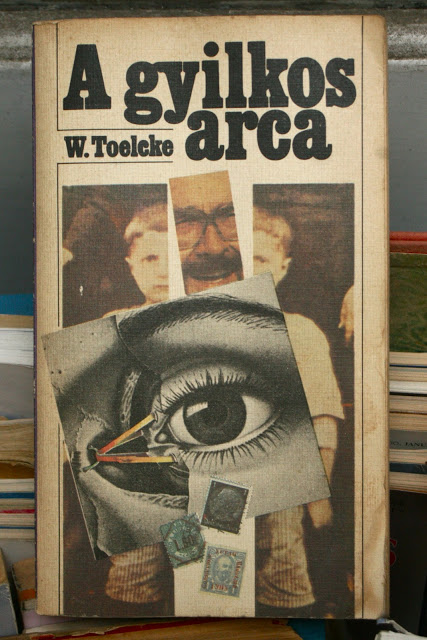 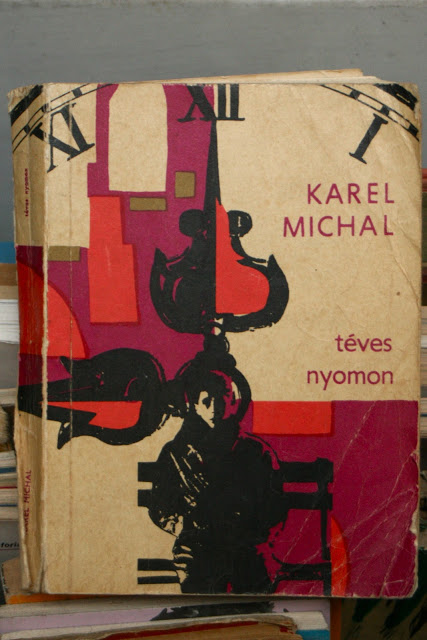 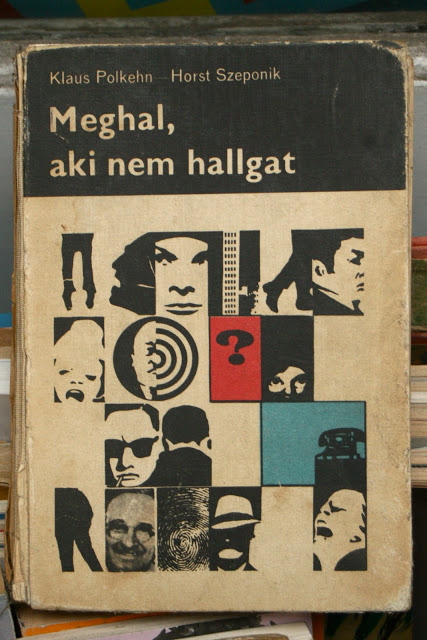 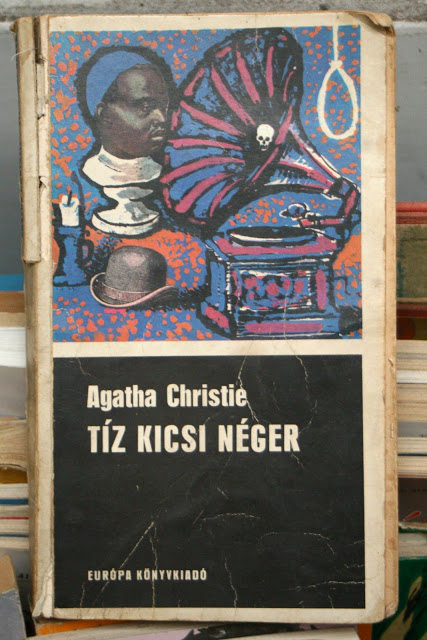 And some great very minimal reduced shapes and graphics 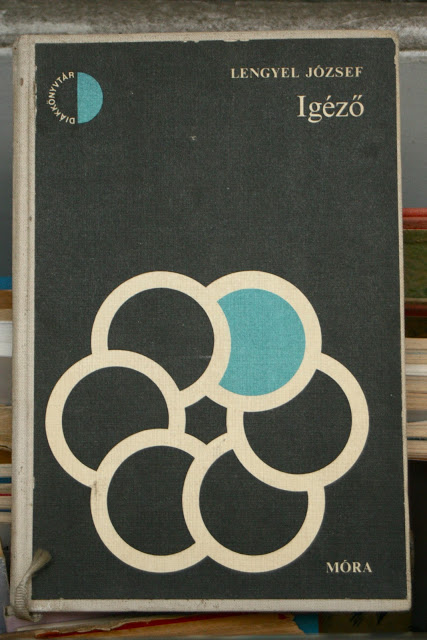 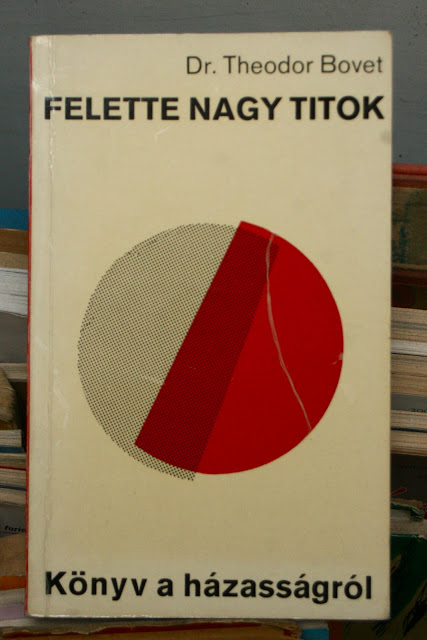 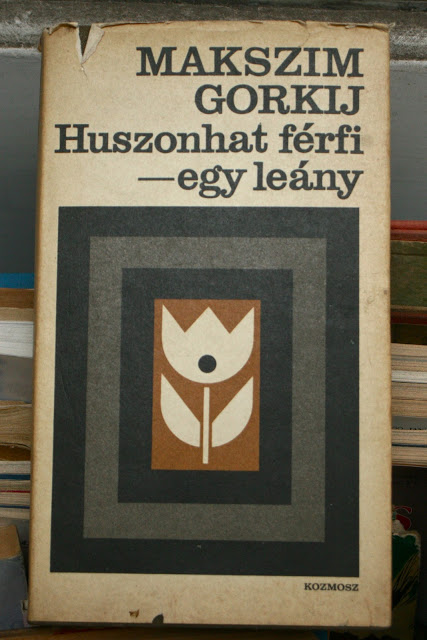 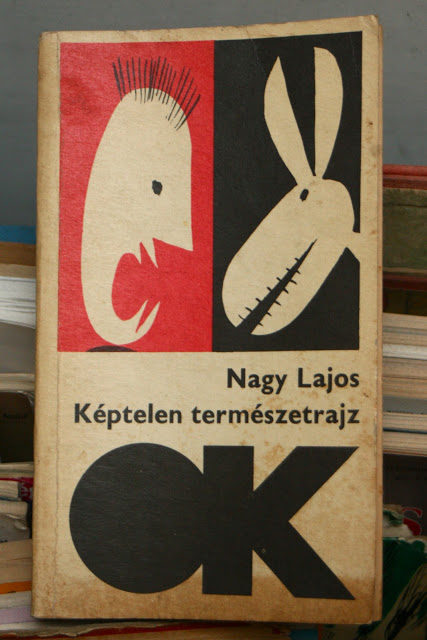 Bold greens and reds made these simple covers stand out too 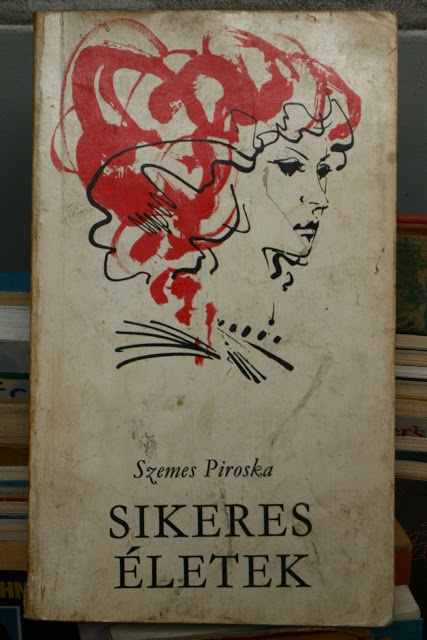 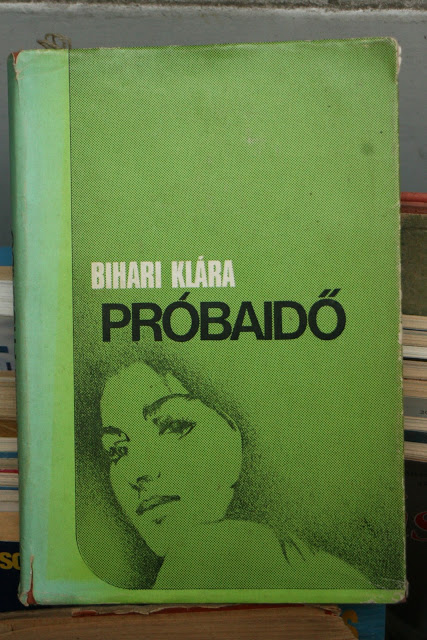 Anyway, Transylvania was a winner! Icy tundras, hearty stodge, alcoholic blueberry tea and rambling taxi rides to rural villages where they still use horses and carts and farming has remained pretty much the same as 100 years ago. 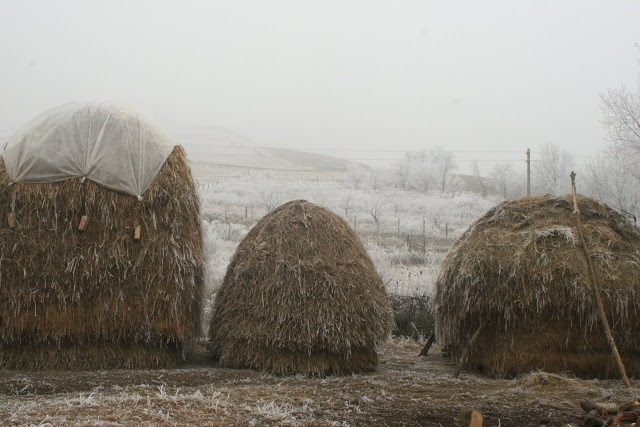 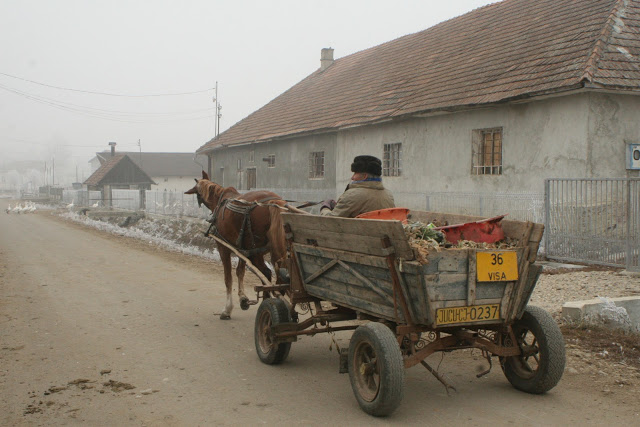 We were also lucky enough to be invited into a local woman Susanna’s home, and got to marvel at her extensive collection of enamelware, vintage units, tea sets and alarming amounts of kitsch. 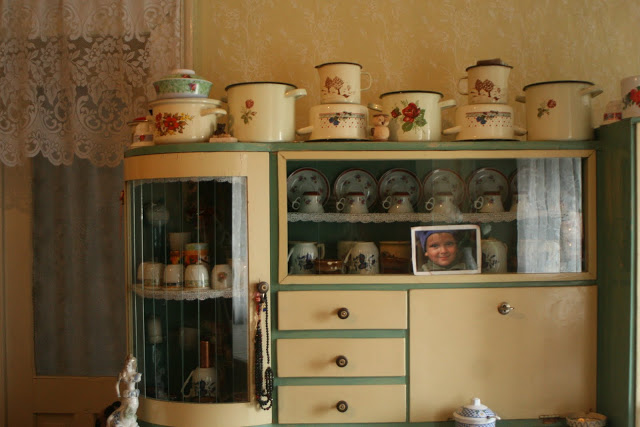 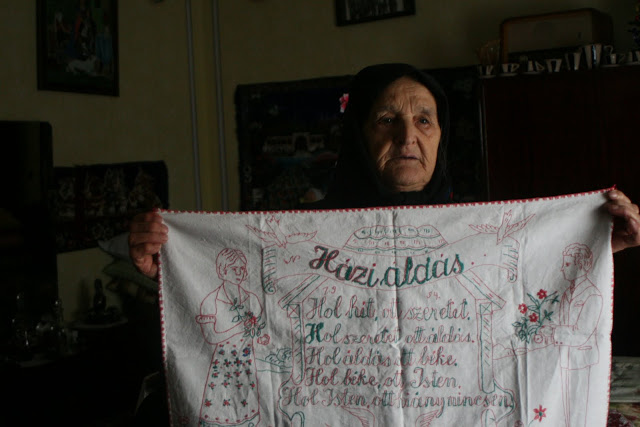 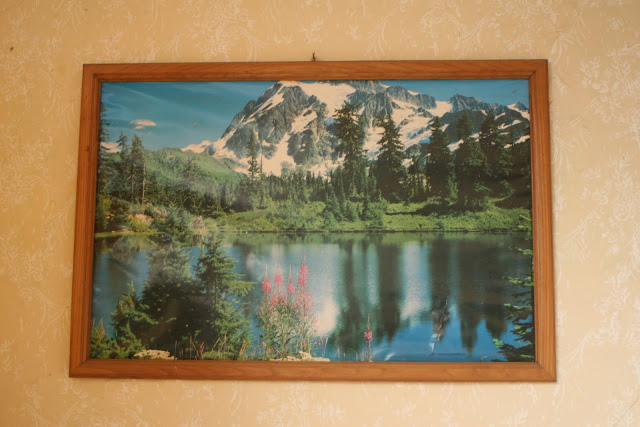 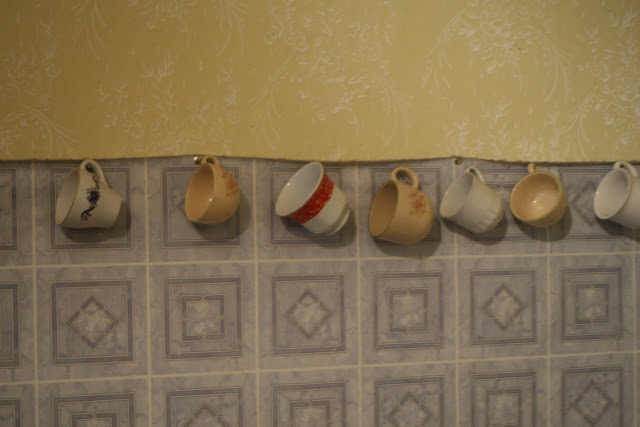 We stayed in a welcoming town called Cluj Napoca – home of the Cheeky Girls, who we incidentally SAW which made us chortle for around a week.  Romanians are super affable types and the language is actually, thankfully, more like Spanish or Italian as opposed to some of the Eastern countries who think nothing of putting five consonants in a row like this is normal sane practice.

Well worth a visit and apparently neighbouring Moldova is also excellent in summer.  Just don’t order this utter beast if you can help it (there was a massive slab of pork underneath all that too). 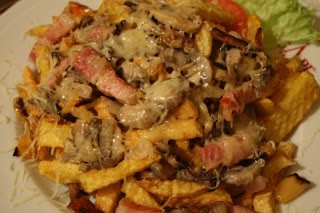