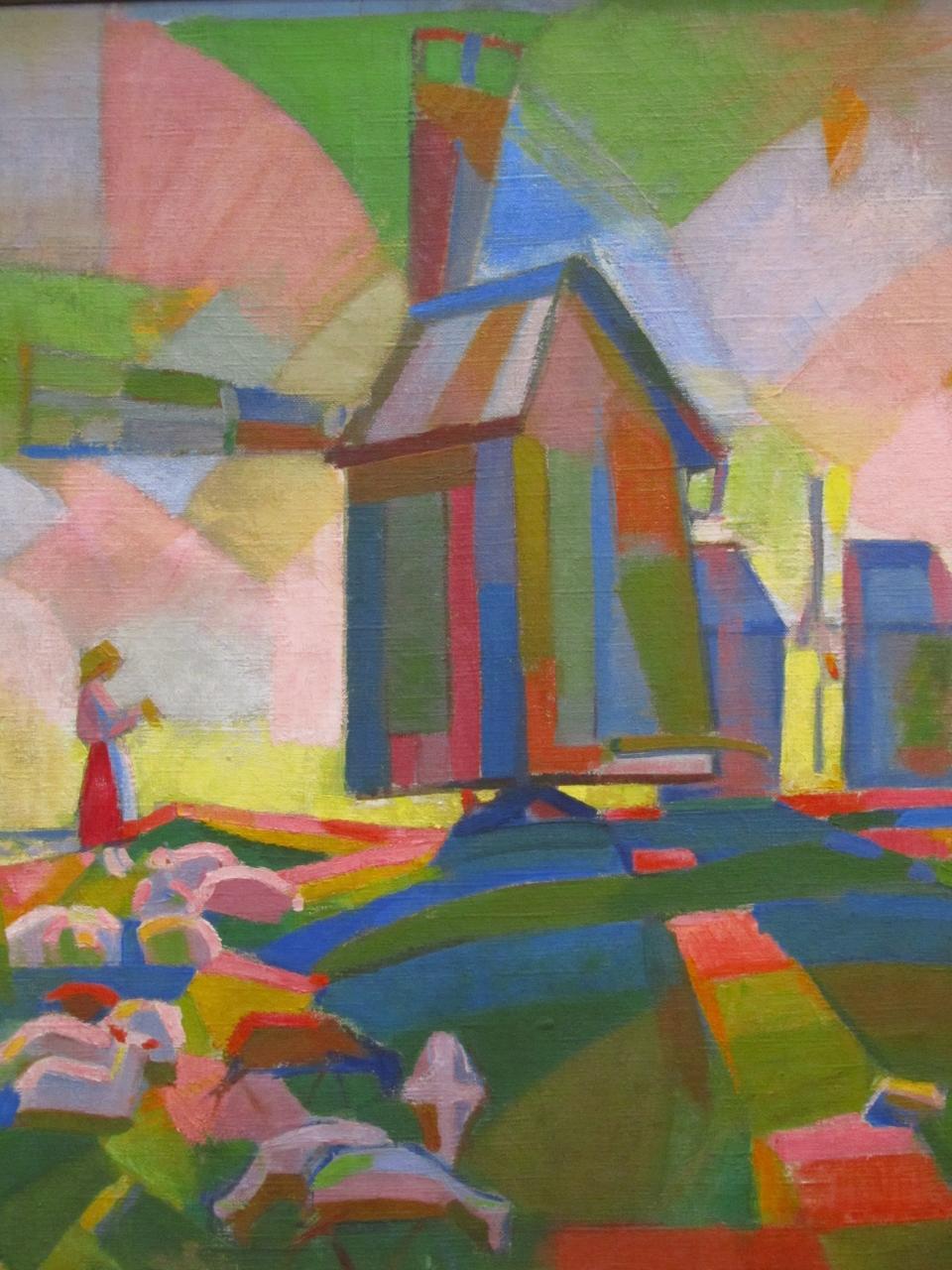 Another post here about my travels in Estonia, following on from my earlier interview in Tallinn with Estonian painter Jüri Arrak.  Lots of my images were stuck on a defunct hard drive until now so now I’ve finally unearthed them I’ll be continuing the thread for a wee while.  After my Estonian jaunt I also hopped on a boat for some frolics in Finland so expect a Baltic / Scandi flavour for the next few posts. 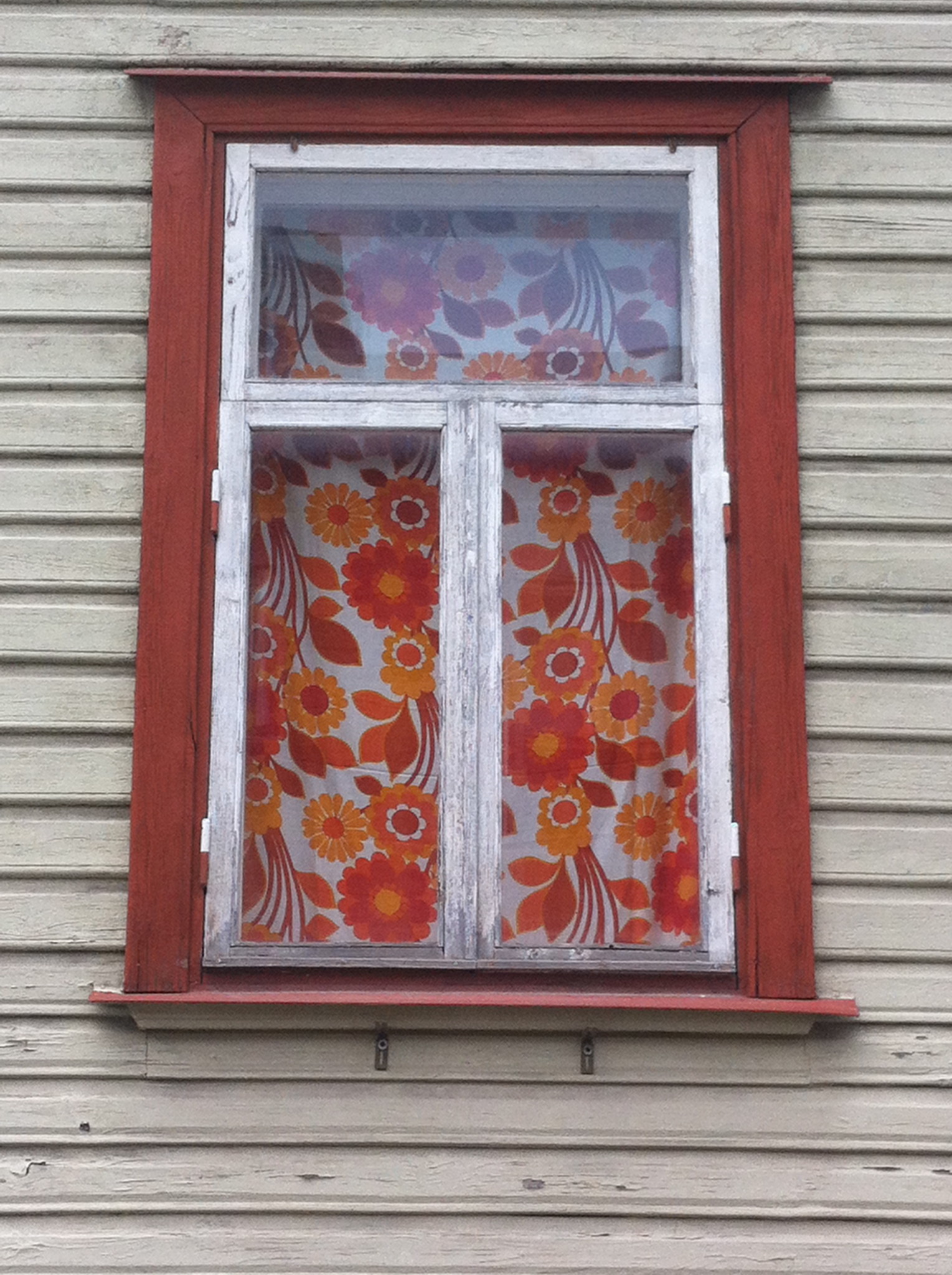 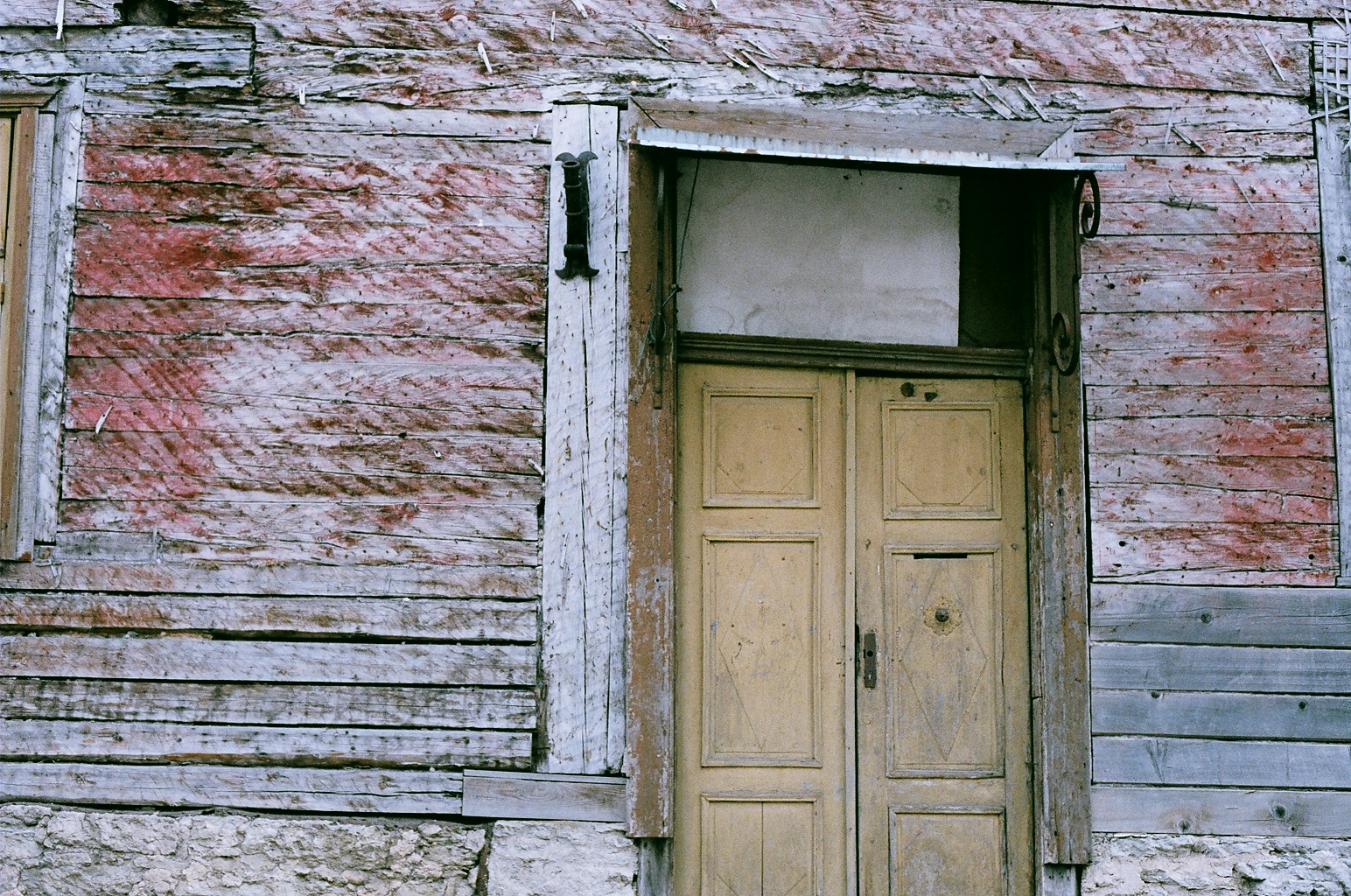 One other thing I enjoyed in Tallinn alongside the Russian market and  my meeting with Jüri Arrak was the fantastic KUMU art museum where I discovered all sorts of exciting Estonian artists active at the height of Modernism between around 1910 and 1930 and producing some beautiful abstract works to rival their better known Cubist and Expressionist counterparts in Western Europe. 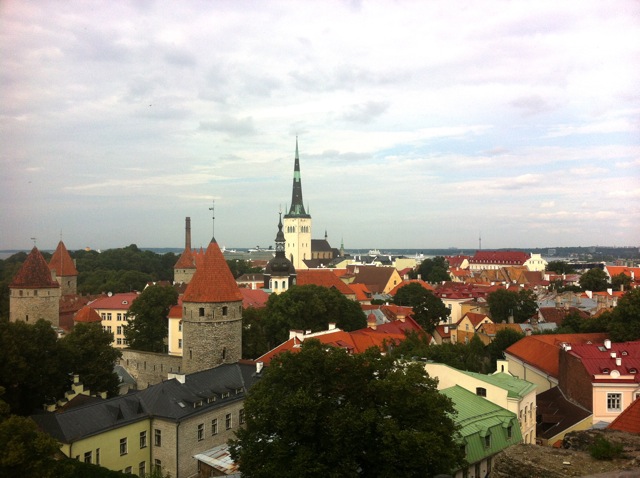 Here’s a selection of some of the folk I came across and a few of their striking works.

Kuno Veeber (1898-1928) was an Estonian painter and graphic artist. Originally studying medicine, he later travelled to Germany where he acquainted himself with Expressionism (which shows in this stunning technicolour windmill painting from 1918) He later relocated to Montparnasse in Paris, which was obviously a magnet for many artists and intellectuals from around the world at that time.  Here he spent his time studying French and examining old graphic techniques at the Paris National Library of prints, and later moved on to a scholarship at the Italian Foundation of Fine Arts.

The mellow pastelly light blues and pinks in this painting also really reminded me of one of my favourite paintings of the period, ‘Pavlova’ by Leeds based artist Bruce Turner , produced six years earlier in 1912. 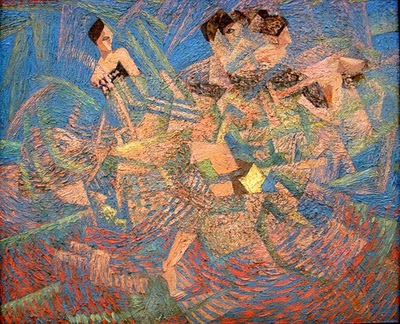 Kuno exhibited all over Europe but very sadly ended his life at the age of 32, although I’m glad he seemed to have filled his short lifetime with a range of adventures and experiences that would have taken some courage back then, as well as well as some incredible creative accomplishments.

I also loved the work of Edgar Tomberg which I came across through looking up Kumo Veeber’s work, but can find next to no information about apart from that he studied alongside Kuno in the early 1920’s 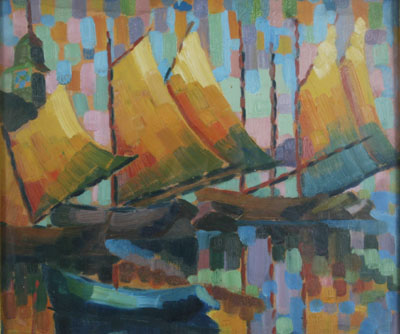 I really enjoyed happening upon the more Cubist looking works by Henrik Olvi and Arnold Akberg too, and later found out they were actually part of a group of Estonian artists in the early 1920’s (called, appropriately, the ‘Group of Estonian Artists‘, or ‘EKR‘) who joined forces based on their shared interest in Avant Garde movements of the time, particularly Constructivism and Cubism and their mutual interest in ‘reshaping the every day environment.’

This is what the general shift towards Abstraction in visual arts around the globe at that time was obviously exploring – finding novel, more experimental ways to express and represent the physical world, after centuries of art being figurative.  EKR produced many artworks throughout the 1920’s in the fields of painting, graphic arts, stage arts and sculpture, as well as book and applied design.

Henrik Olvi (1894-1972) was a painter and sculptor, going on to study in St Petersburg and later working in the field of theatre and Arnold Akberg (1894 – 1984) was mostly self taught and exhibited widely across Europe during his career. 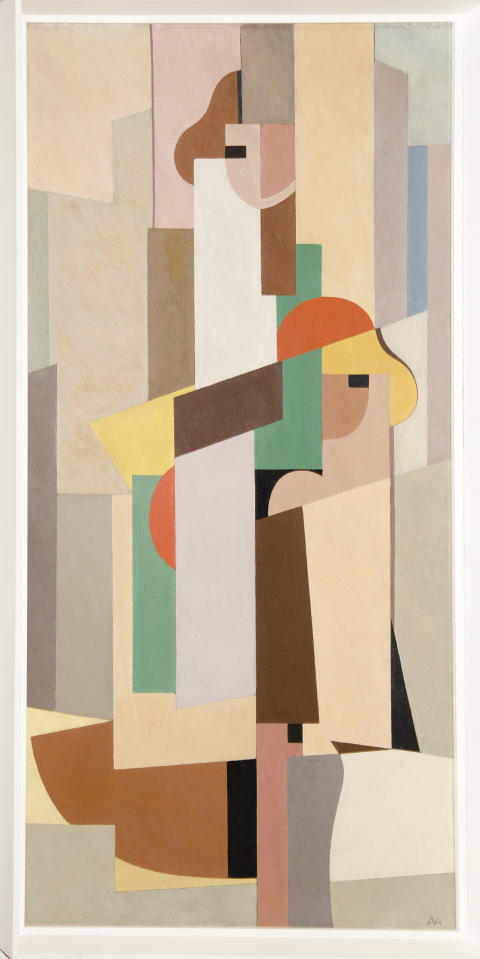 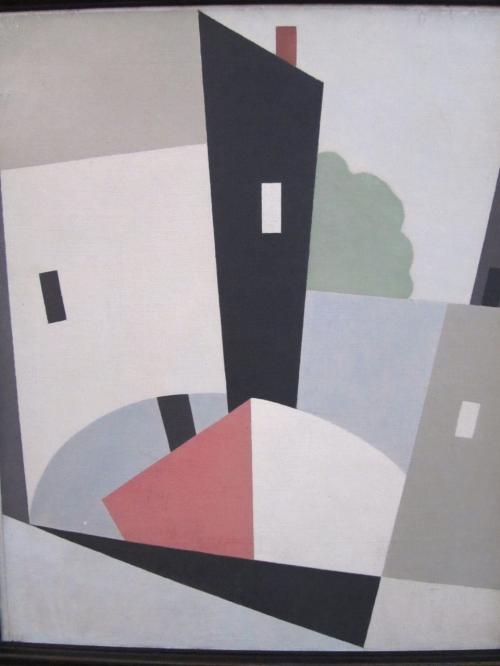 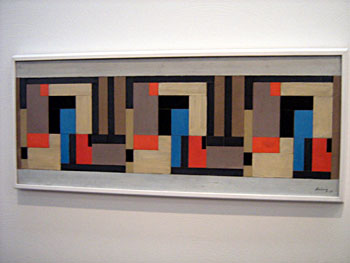 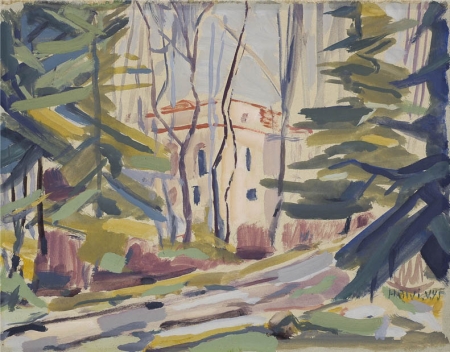 More about EKR and many other related artists here.

I also loved the rainbow post-impressionist landscapes from Konrad Magi (1878-1925).  Having studied in the Estonian city of Tartu he then moved on to St Petersburg and spent time studying in Paris and Norway before returning to Tartu as an Art teacher.  Magi produced some of the first modern Estonian nature paintings and was strongly influenced both by Impressionism and the dazzling colours of Fauvism

After looking at all these technicolour depictions of Estonian nature, when my Estonian friend Jaana suggested a trip to the island of Saaremaa to visit her Auntie who kept bees, this sounded far too idyllic to turn down, so a group of us set off from Tallinn the next day.

After a few hours on a bus and a short hop on a ferry across an uncharacteristically glittering Baltic sea, we arrived on the island and managed to get a bus to Jaana’s auntie’s smallholding.  It was predictably postcard perfect, with acres of orchards and vegetable plots and happily, looked pretty much the same as the serene landscapes I’d been gazing at in Magi’s paintings back in Tallinn. 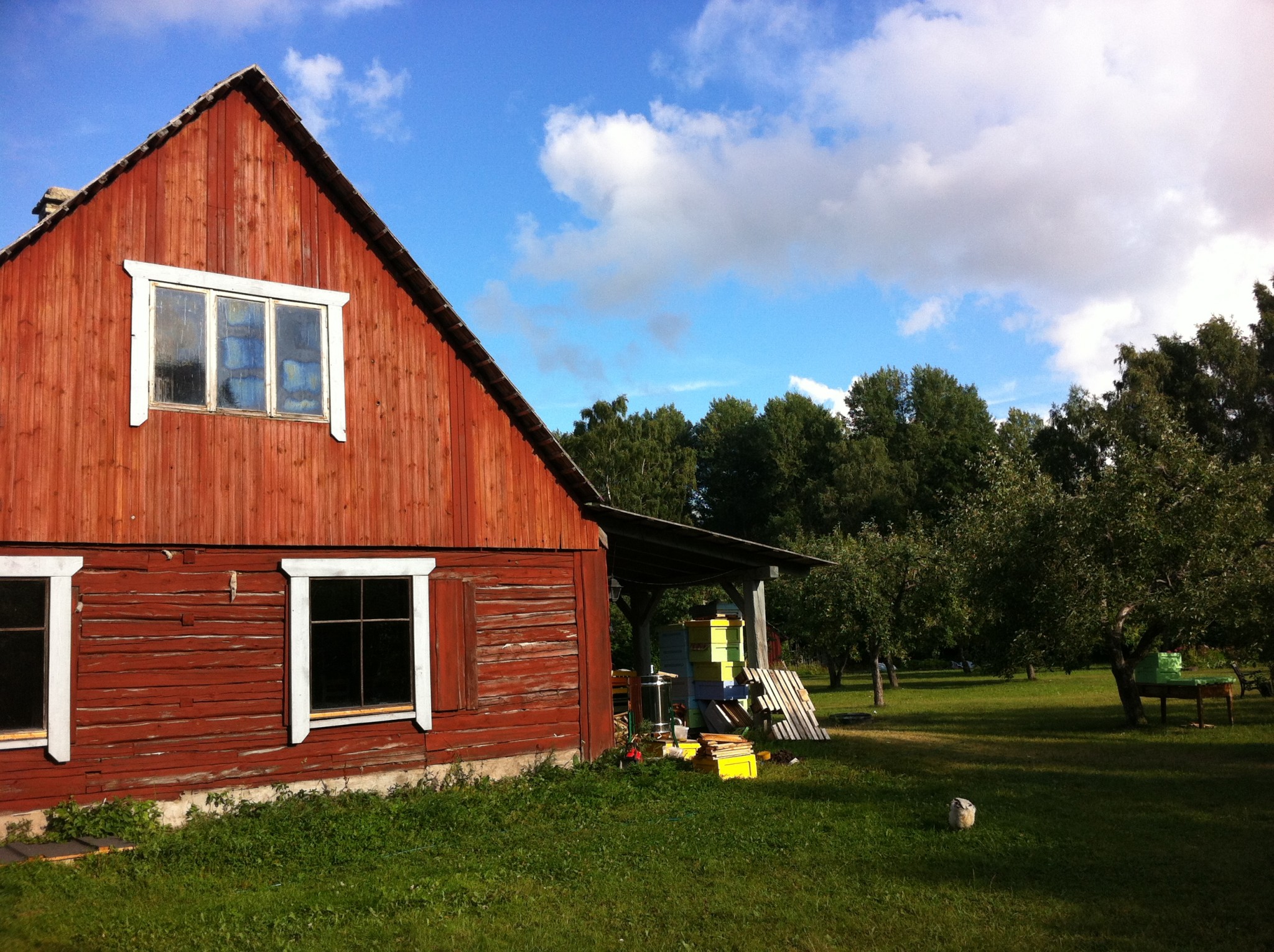 Our home for the two nights was a traditional Estonian cabin in her garden which involved five us clambering up a ladder to sleep in the one bedroom.  I quite liked this Waltons style living.  We ate homegrown veggies and lay about in the sun looking at bold blue skies. 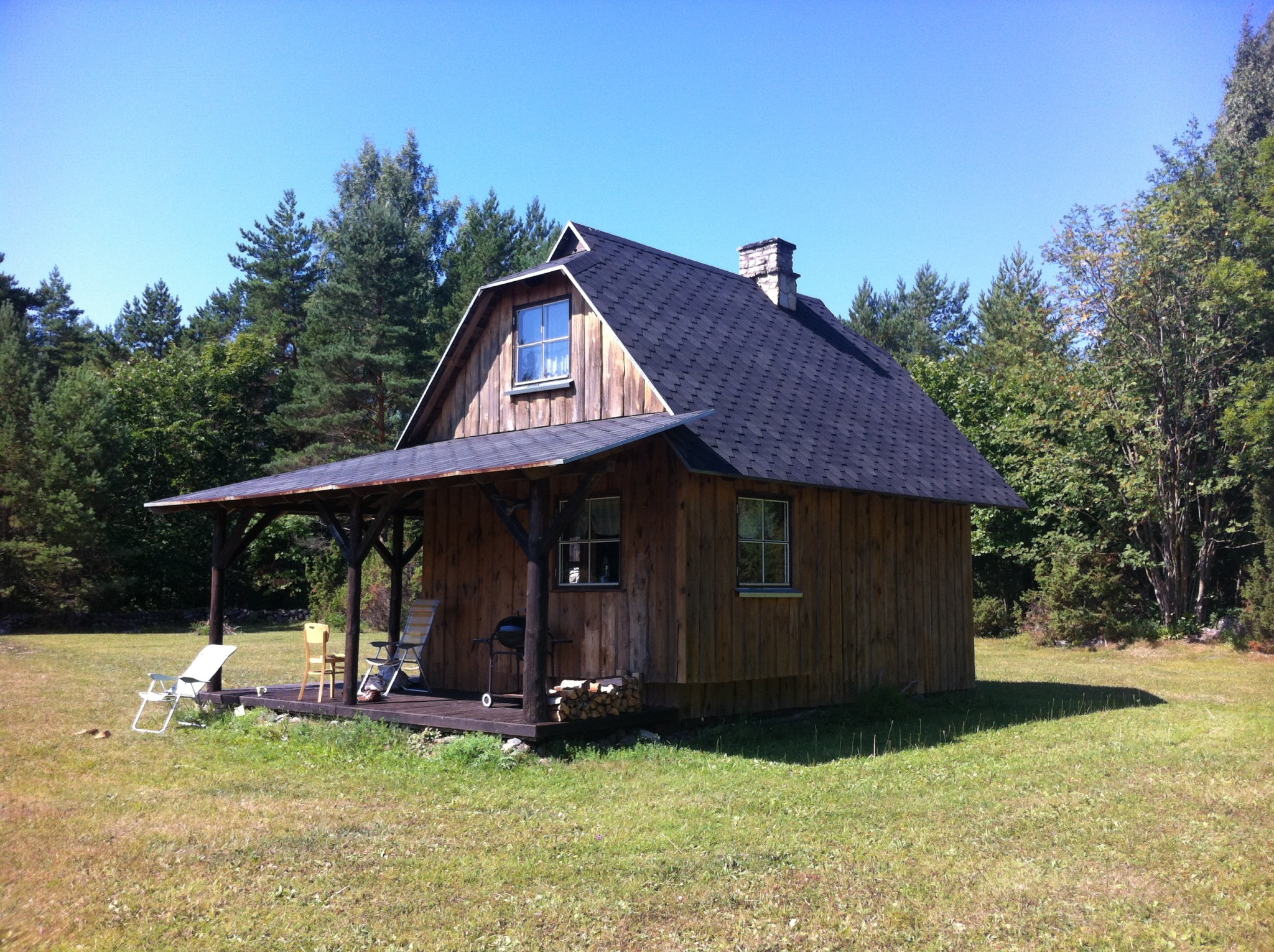 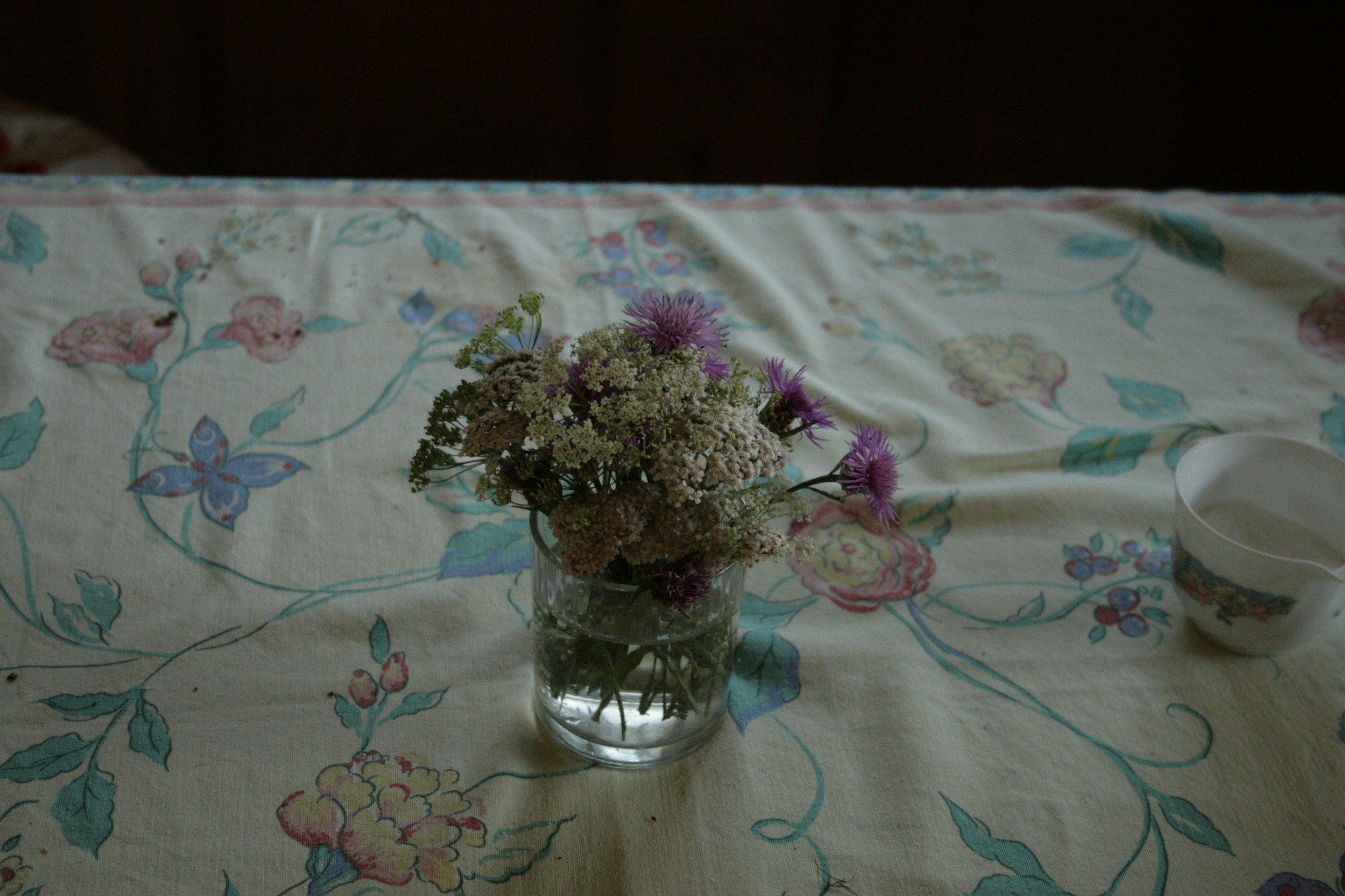 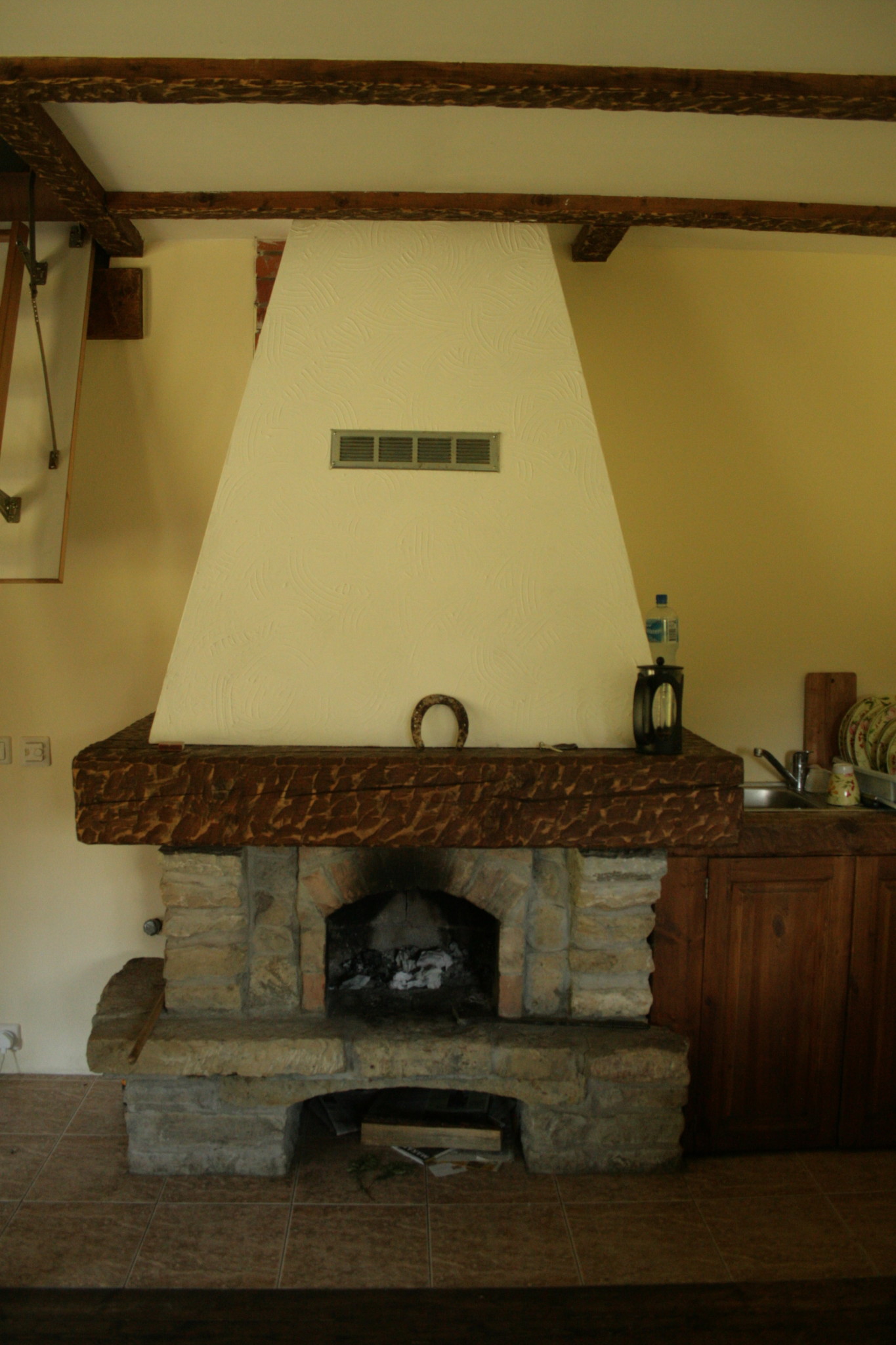 The only beach in walking distance was deserted, rugged and beautiful, with conifers creeping up to the water’s edge and a lone walkway out towards the waves. A stunning spot to sit and ponder, gaze across to Finland and Sweden and spend the day refreshing London lungs in what felt like a place I would never be found.  I still think about it regularly, particularly when I’m wedged on a tube, or have an unidentified item in the bagging area.  It’s now my little mental place of zen. 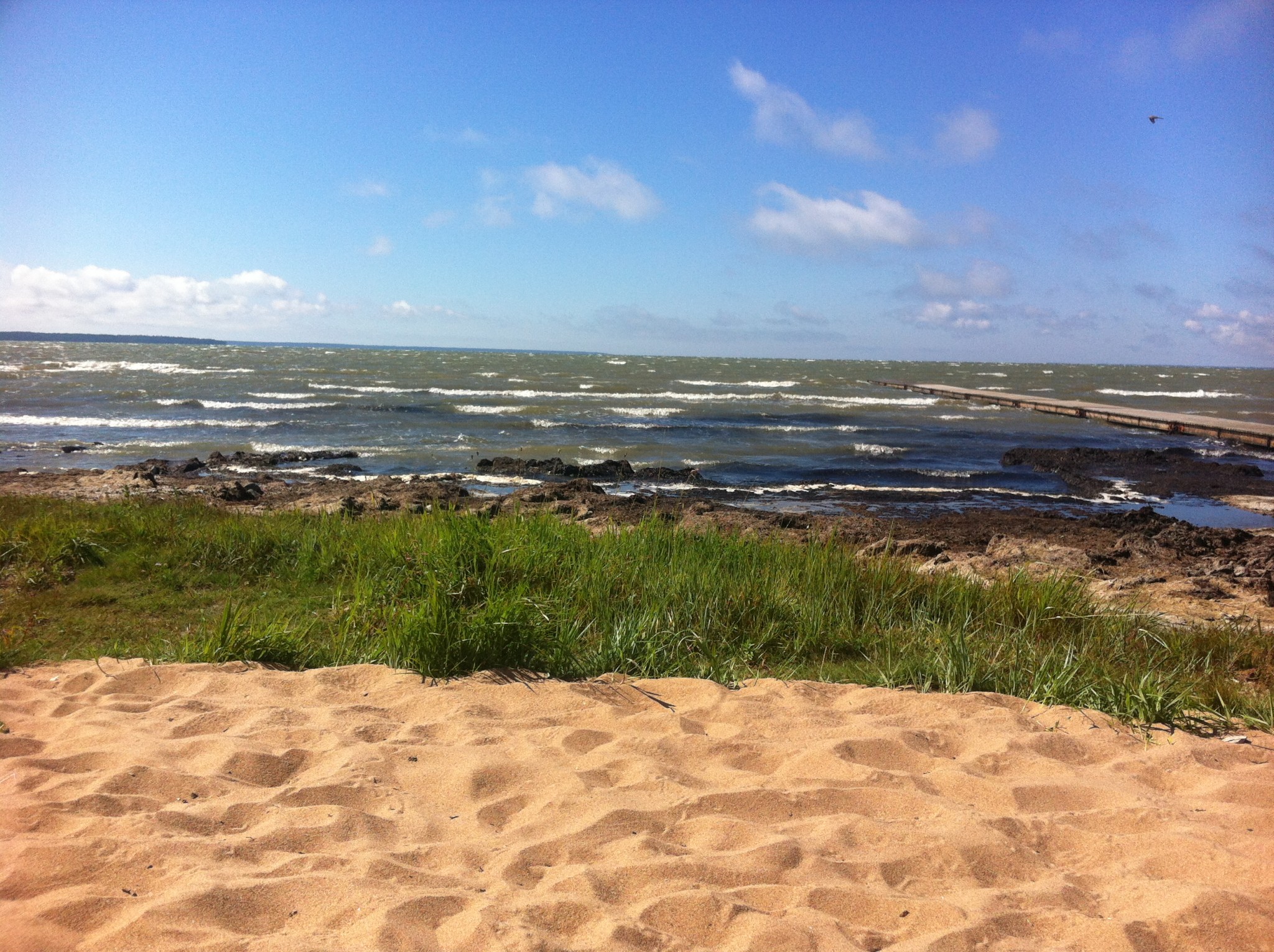 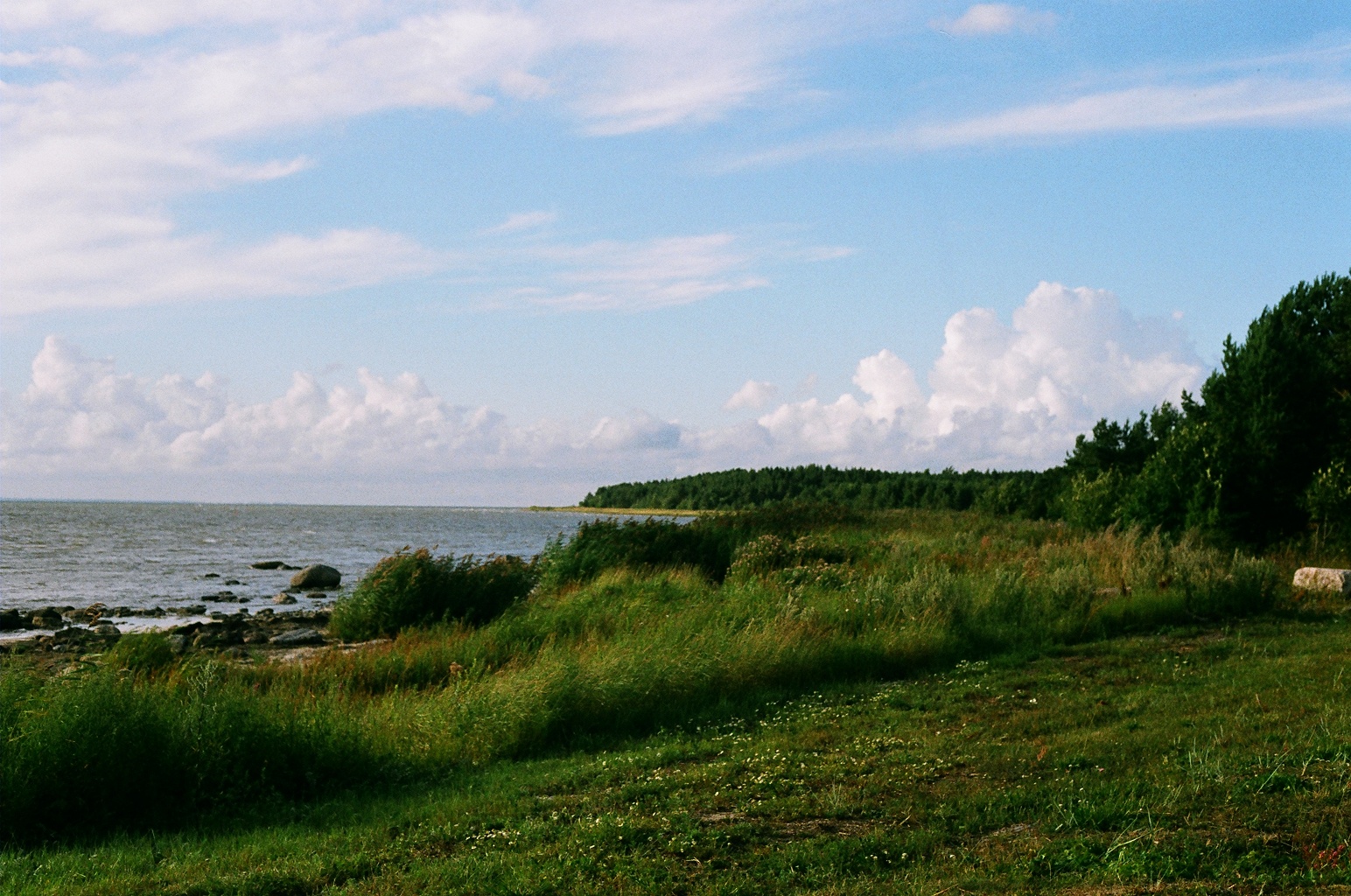 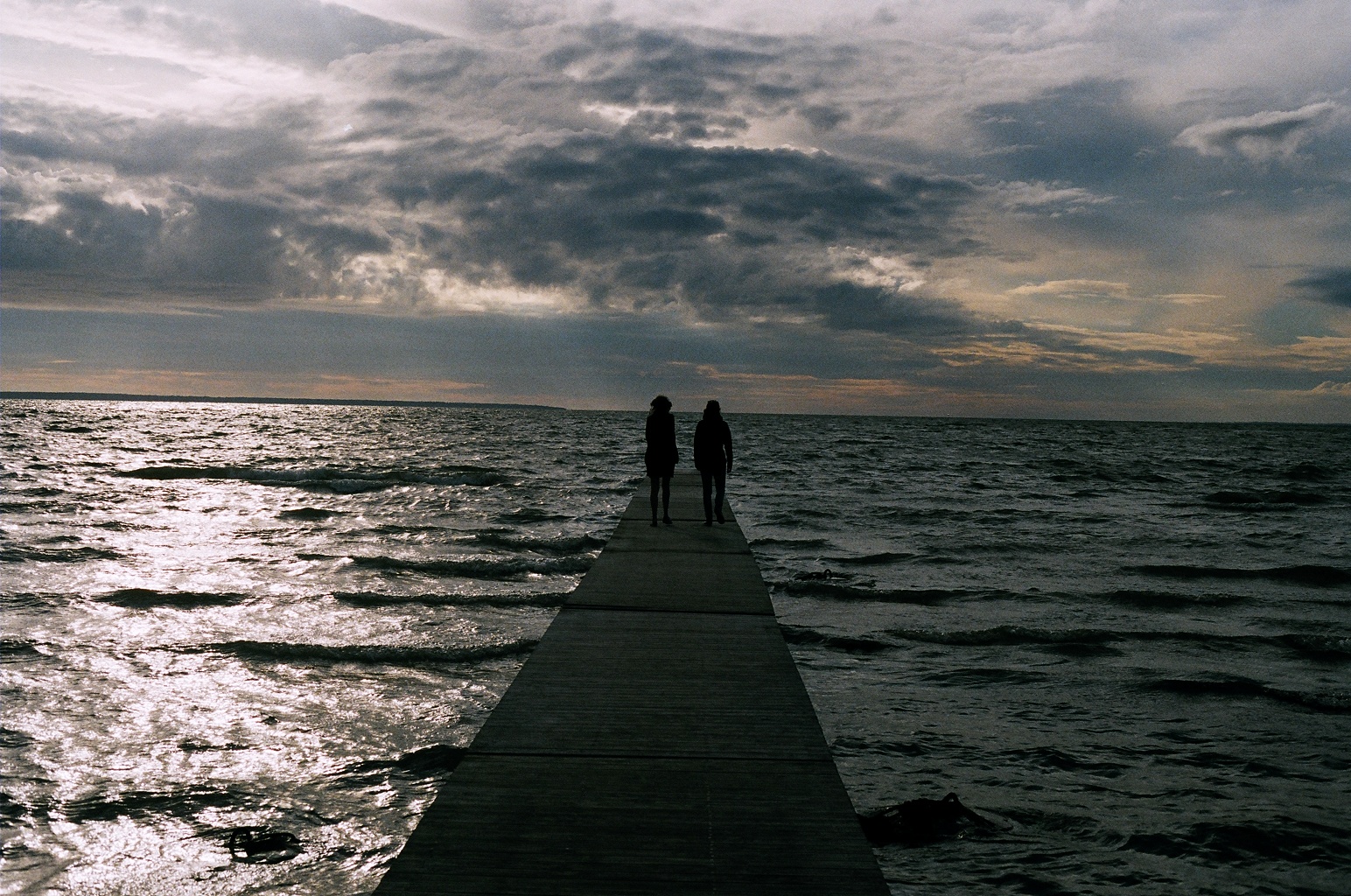 More to come next time about travels to Helsinki, as well as unusual finds and stories from rural Finland