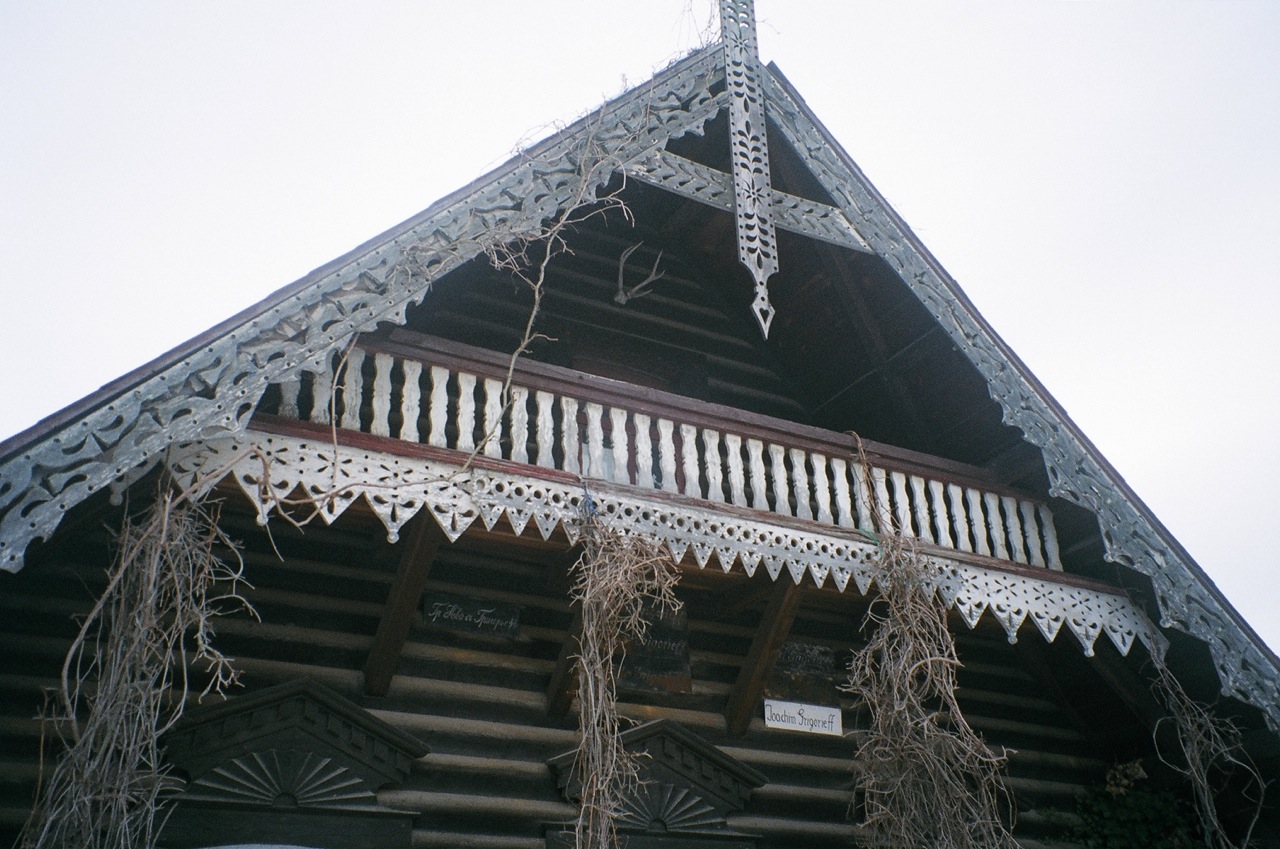 I was in Berlin a while back now to put on an exhibition alongside artist friend Rachael Macarthur at the super Scottish bar and venue Das Gift. Berlin was -10 at the time with thick snow but crisp blue skies, always the best time to see it I think. We had some great times skipping around flea markets (check out the 1920s Silent Film Making book I found in this former post) 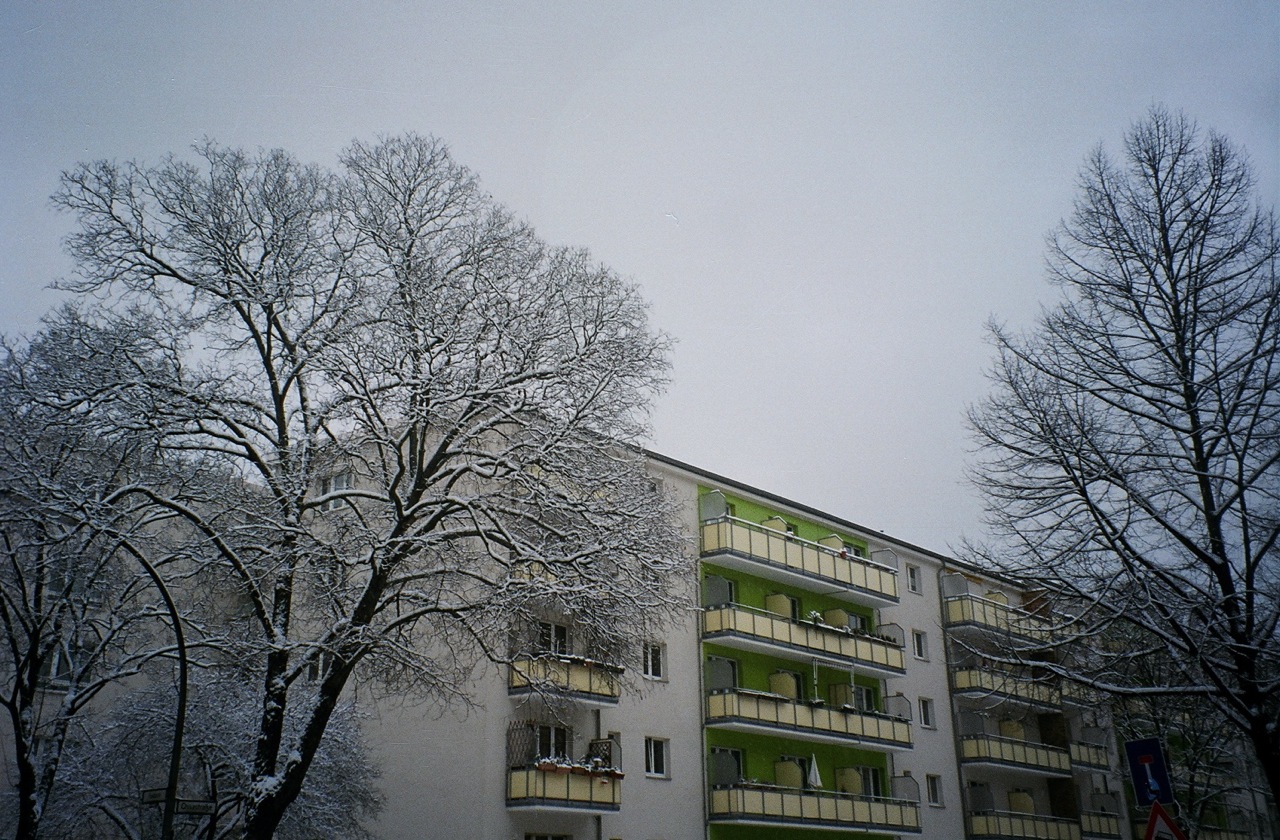 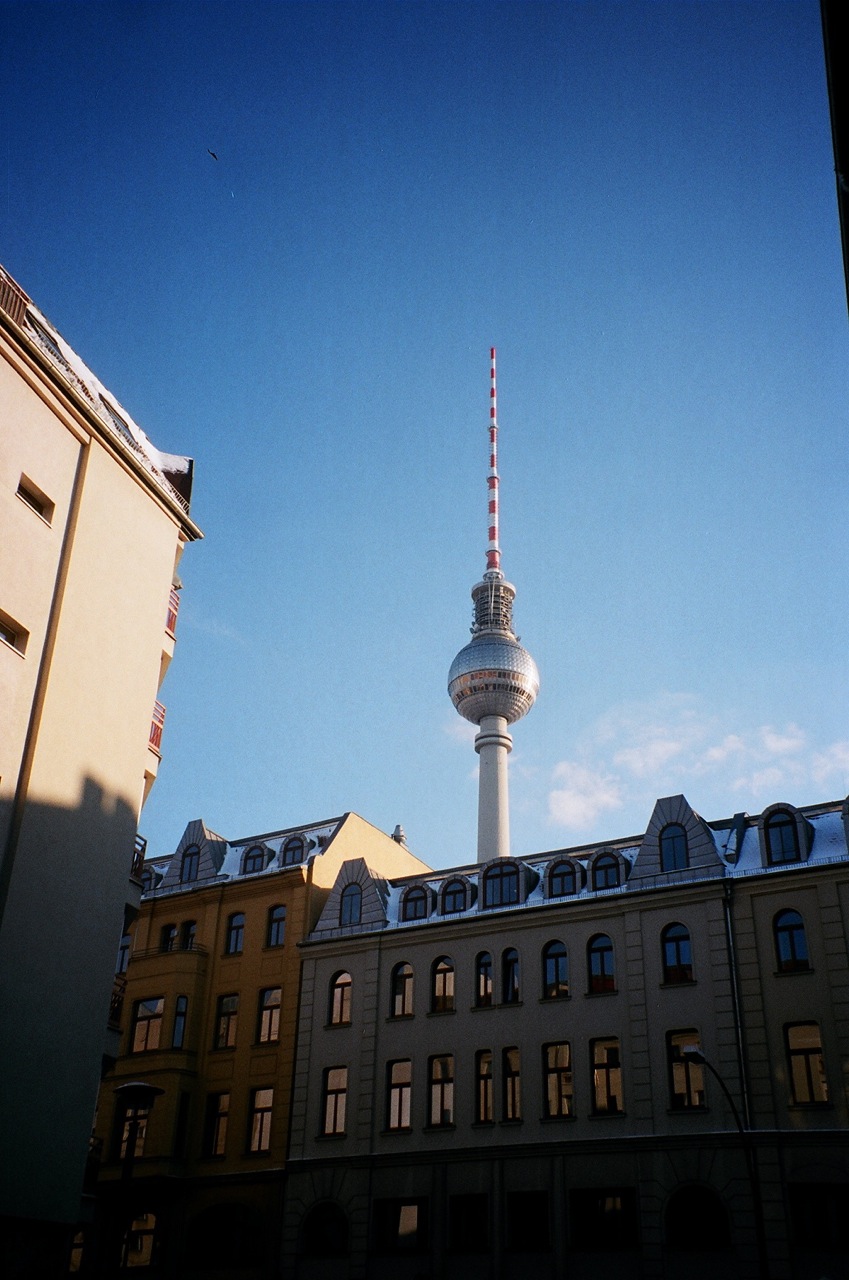 On our last day our lovely Berlin friends Julia and  Joseph , always with a nose for strange out of the way adventures, took us to Alexandrowka, a colony of Russian style houses in Potsdam in the outskirts of Berlin. 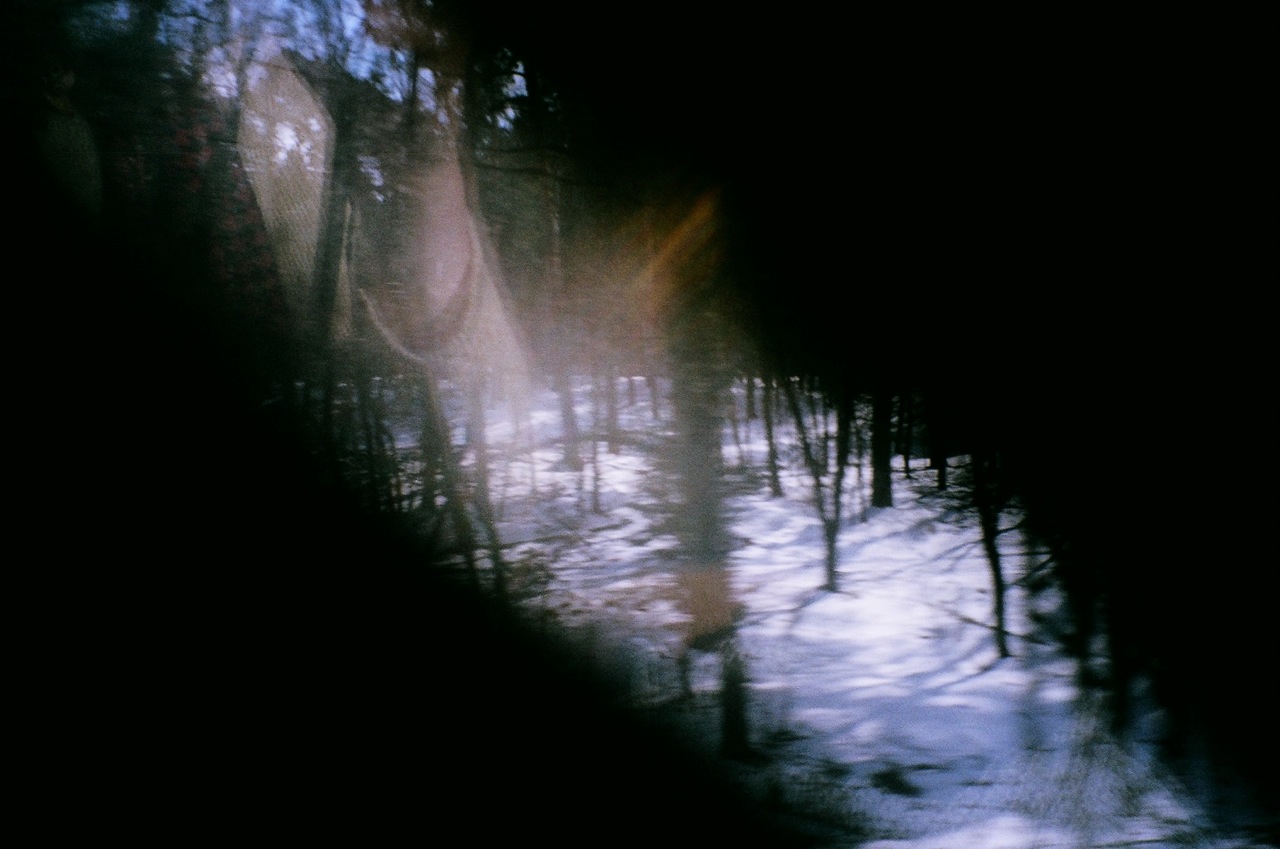 Consisting of 13 Russian style houses built in 1827, the colony was the wish of the Prussian King Friedrich Wilhem III to house the Russian singers of the First Prussian Regiment of the Guards. The snow really added to the atmosphere and made us feel like we’d stepped into provincial Russia. 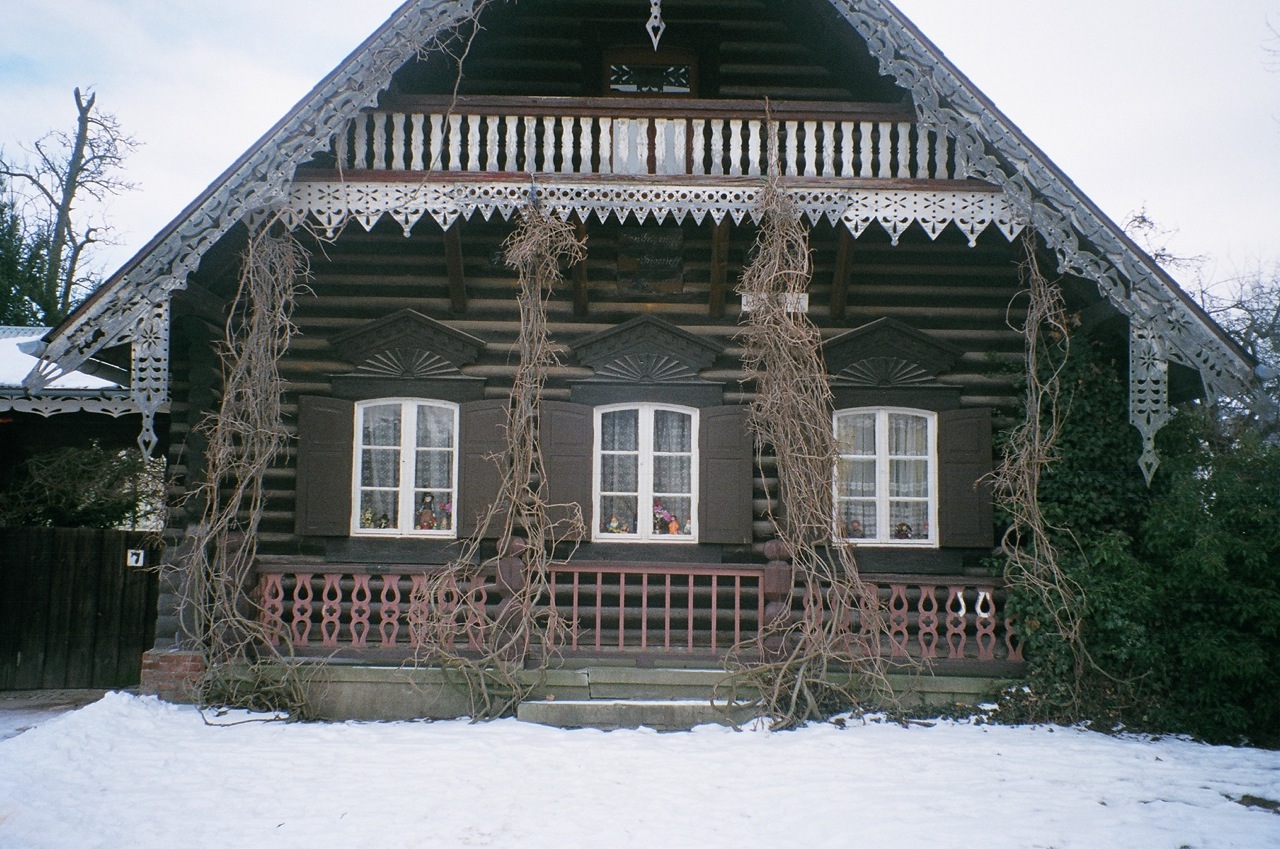 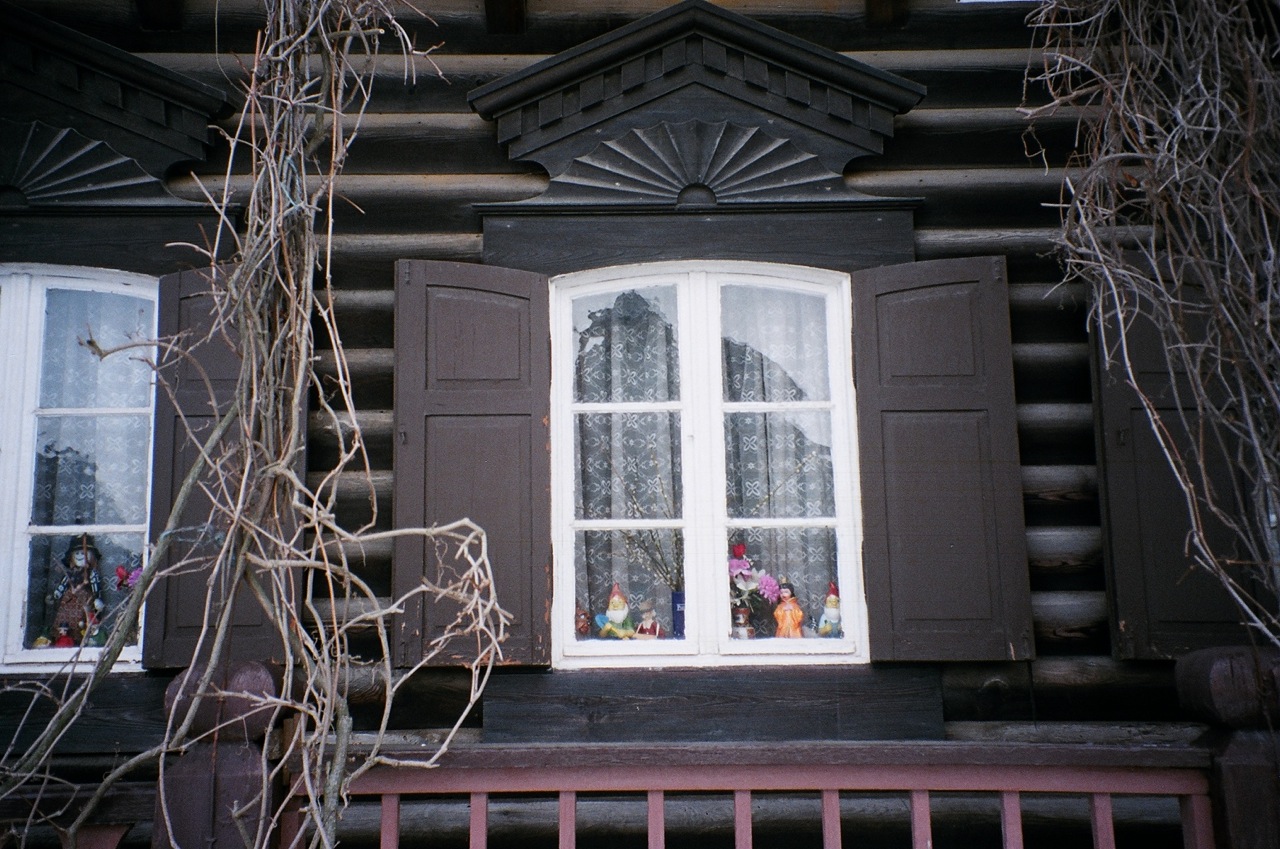 We loved some of the wood detailing.  In 1999 the site was listed by UNESCO and since East-West reunification, much work has been done to preserve and reconstruct some of the buildings that were in disrepair. 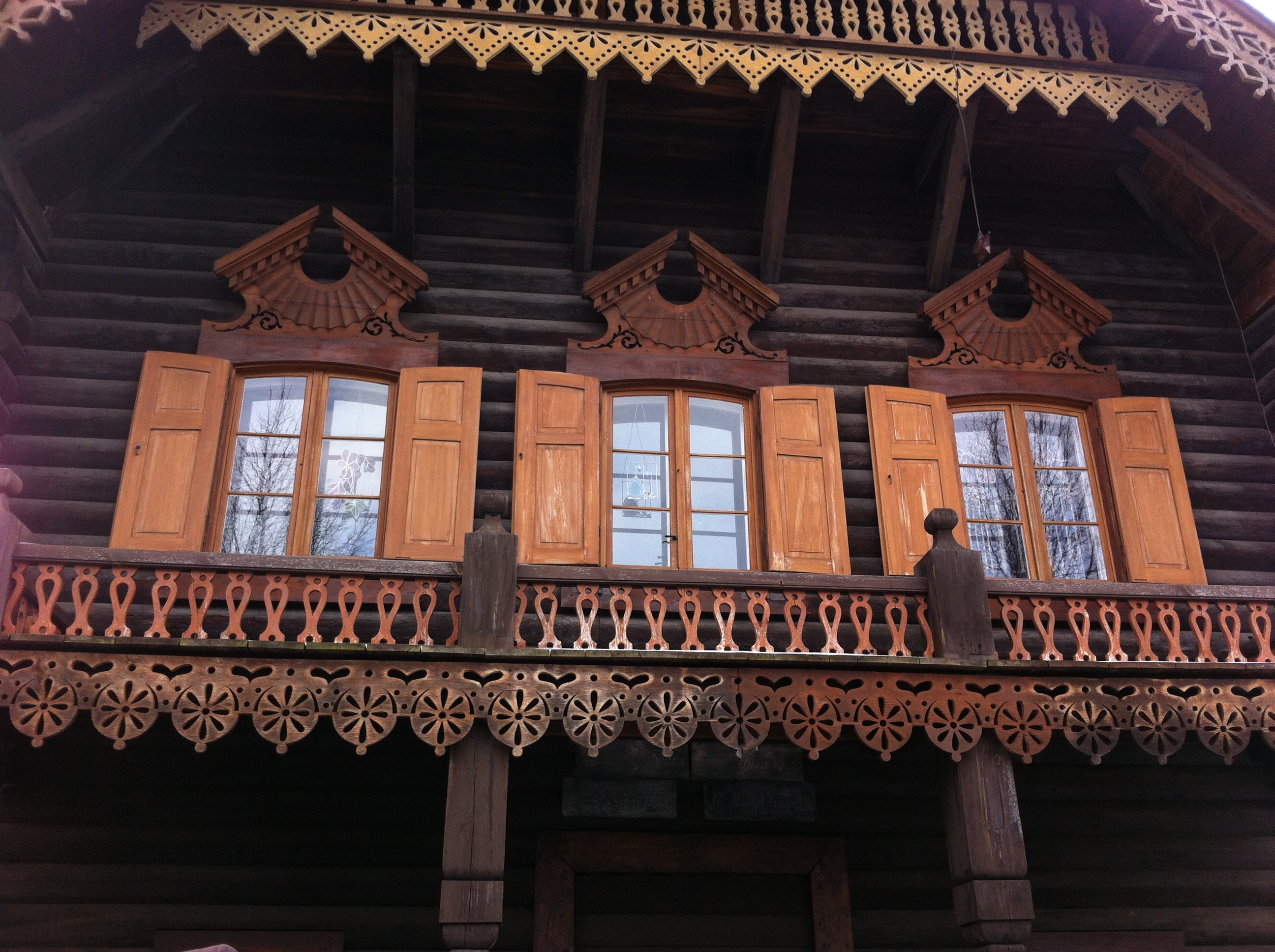 Descendents of original residents still live there but two houses are open and preserved as museums.  There is a great little cafe where you can get Russian style Pierogi dumplings and the interiors felt rustic and kitsch in a way that felt pretty authentic 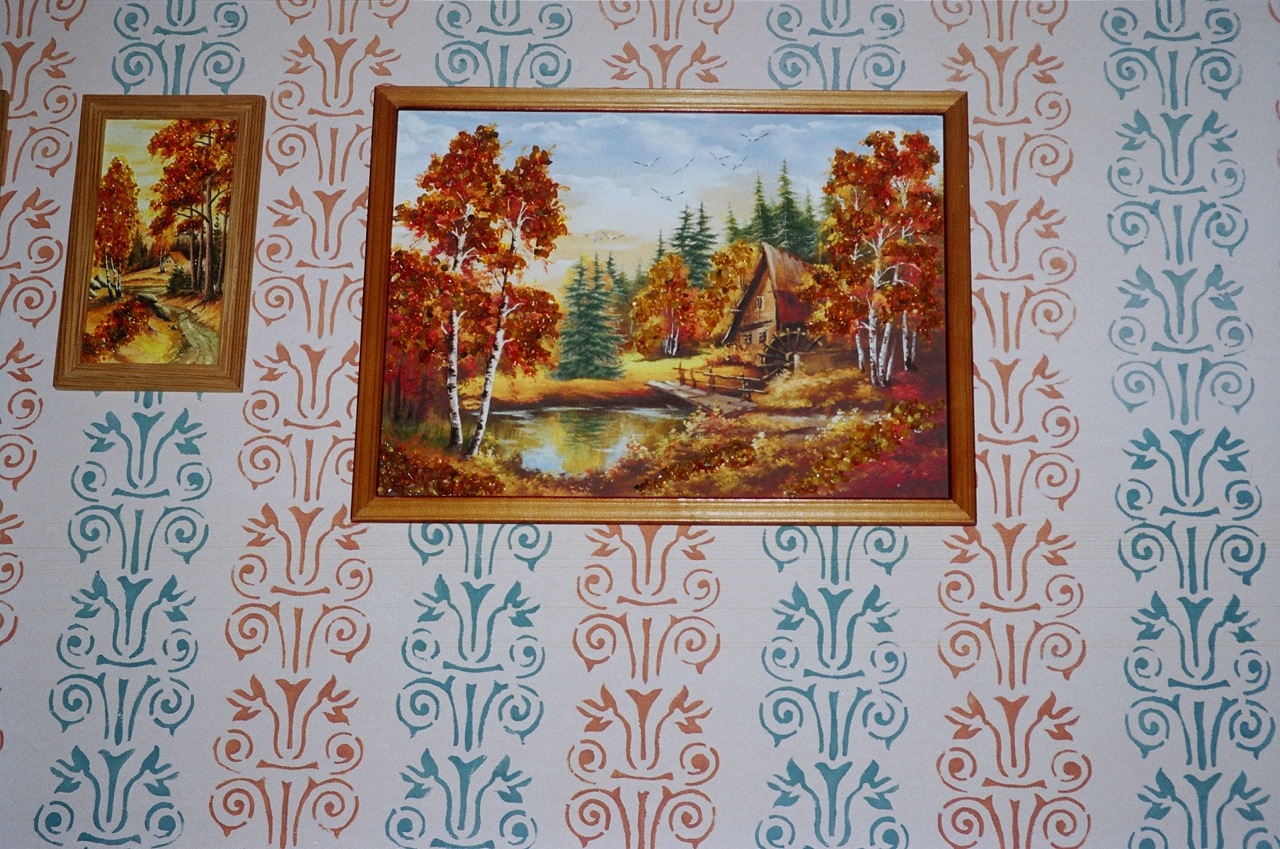 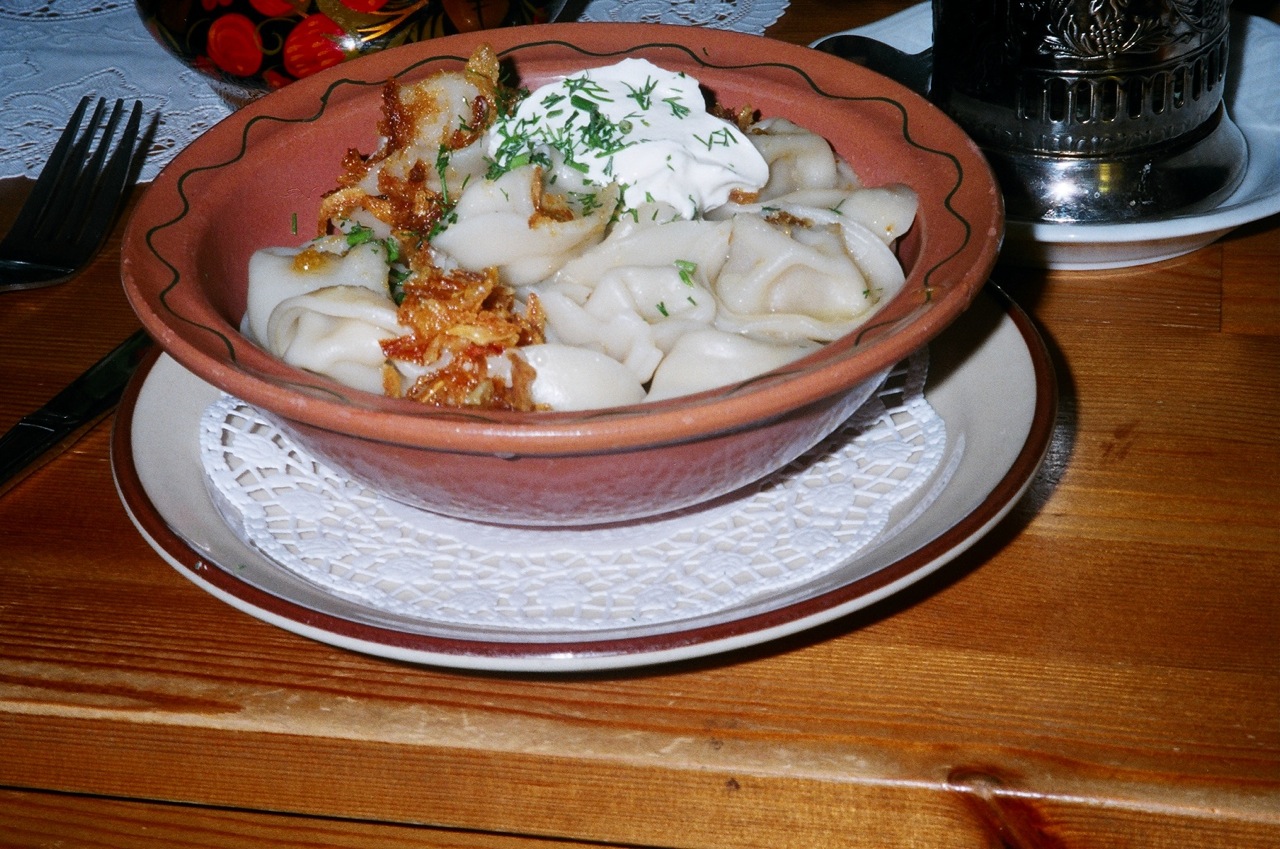 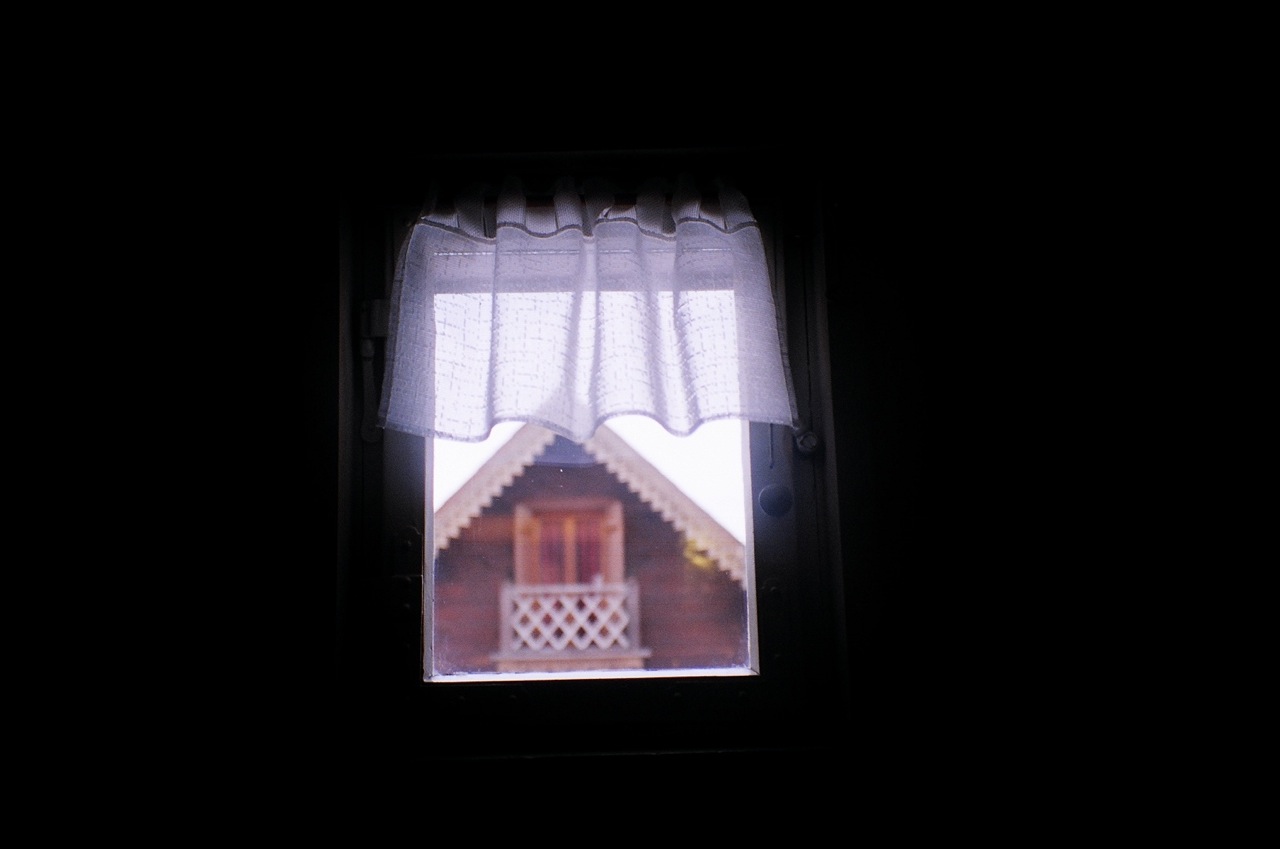 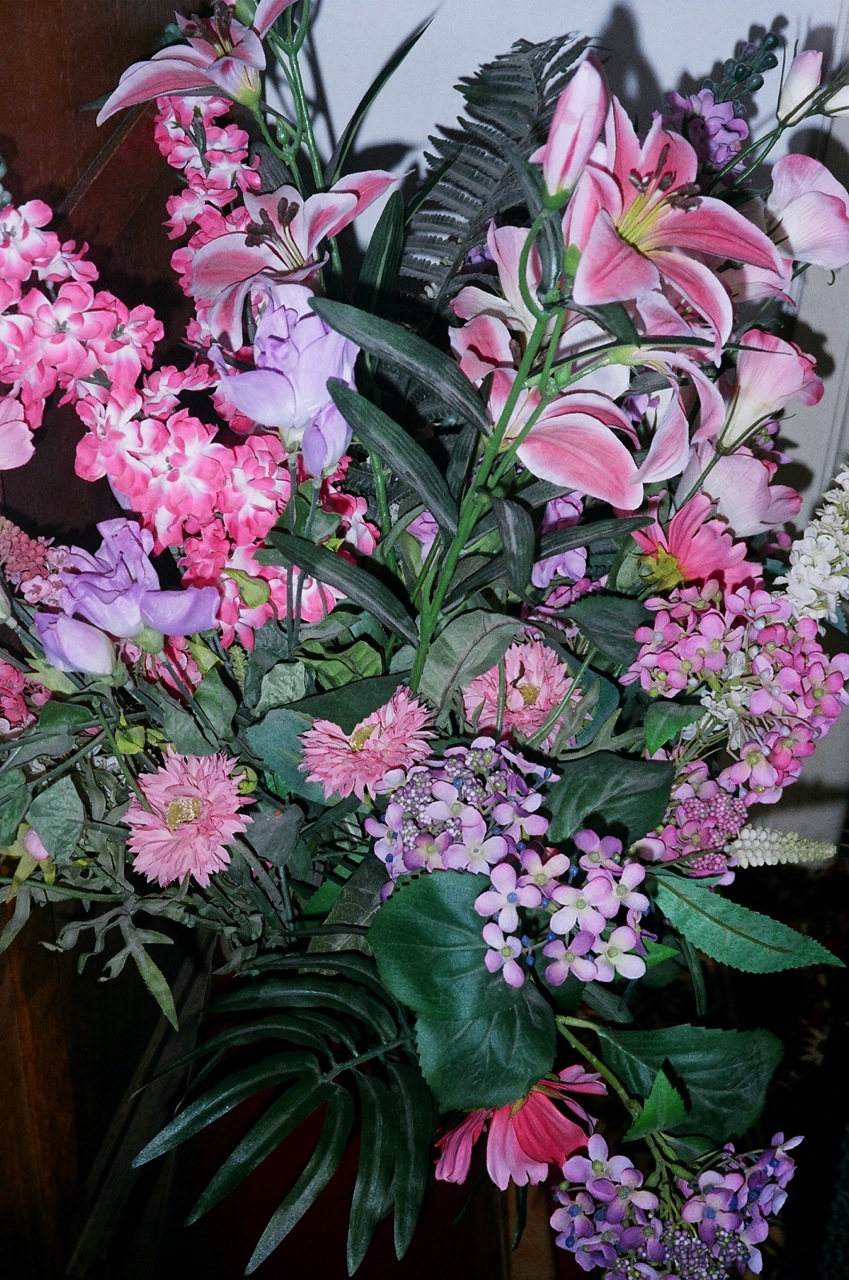 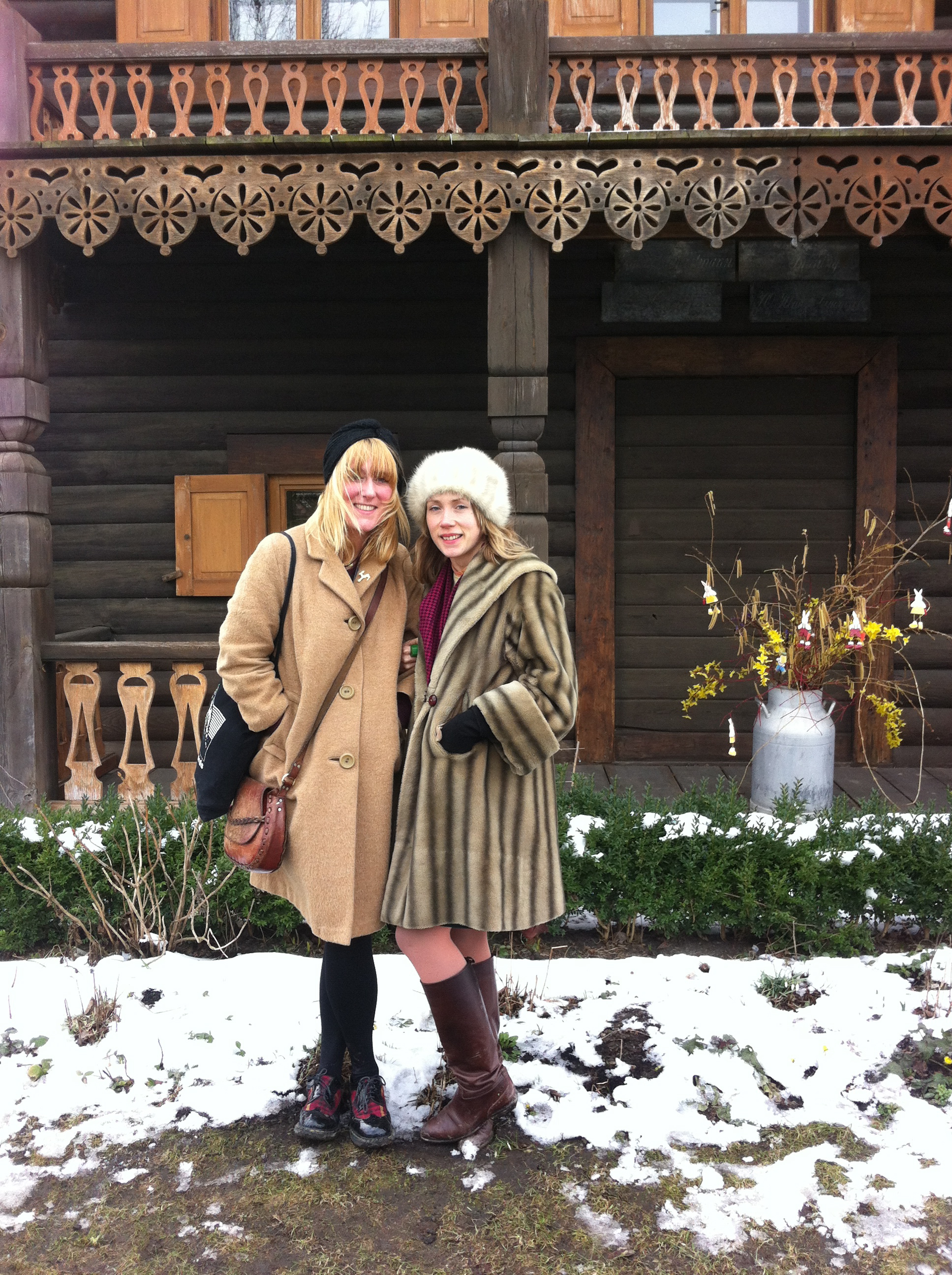 Really recommend a visit if youre in Berlin for an extended time and having see the sights, want to see something a little different that gives an atmosphere of Eastern Europe and latter day Russia.

Trains from Berlin to Potsdam take 25-30 mins from Berlin Central Station and the town itself also has lots to see on a daytrip and some superb kaffee und kuchen establishments! From Potsdam train station, bus lines 604, 609 and 629 go to the “Am Schragen” stop near the museum.

This entry was posted in ARCHITECTURE, EASTERN EUROPE, TRAVEL. Bookmark the permalink.