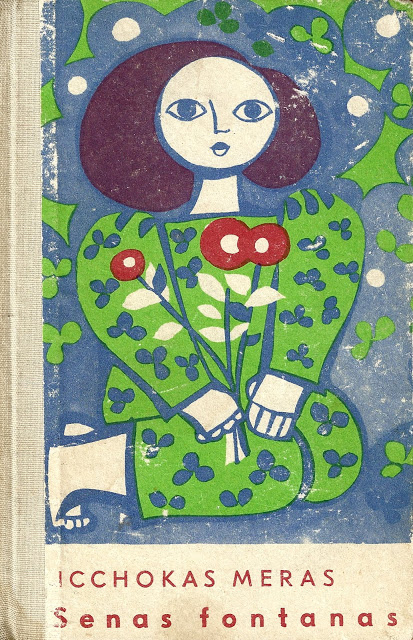 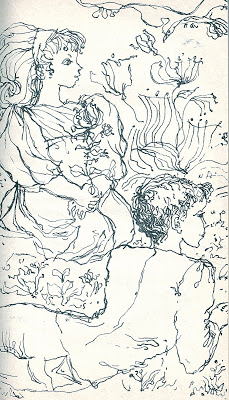 Nice woodblock style folk illustration on the cover of this ‘Senas Fontanas’ (The Old Fountain) printed in Lithuania in 1971 as well as some charming wee drawings inside (badly scanned on my part). After some probing however, it seems the author Icchokas Meras unfortunately had a life largely divorced from the innocence in these pictures. Narrowly escaping being shot in the holocaust aged 7, he was then forced to emigrate from Lithuania in 1972 due to his other, more existential writings, antagonising the KGB. He has resided in Israel ever since where hopefully he’s found some peace.

This was found in a flea market in Vilnius, Lithuania, a beautifully quirky city where locals have erected a Frank Zappa statue and there is a separate artist’s republic called Uzupis where one of their constitutional rules is ‘A dog has the right to be a dog.’ Eastern Europe trippery well worth a visit.