This wee tome from the DDR was aimed at making geometry fun for kids.  Somebody obviously did a superb job of it – I wish my maths classes were full of such lo-fi psychedelic frolics.

Some of the pictures are fairly grainy and the general quality is quite poor, but this is irrelevant in the face of the oddball puppet delights and futuristic illustrations leaping out of the pages. 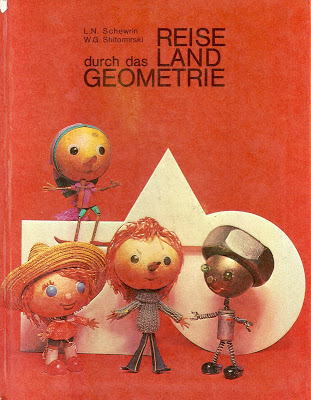 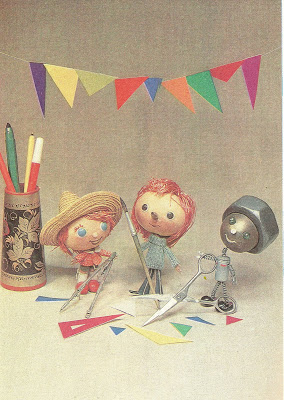 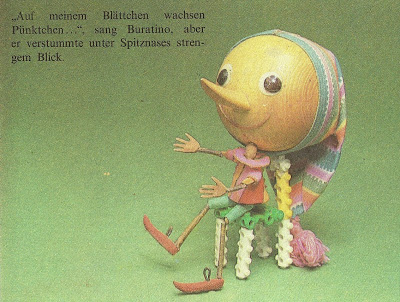 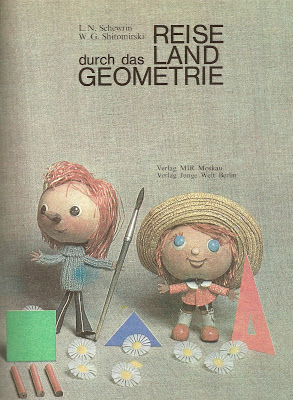 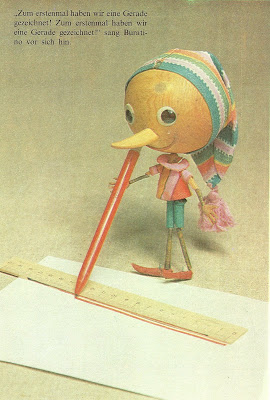 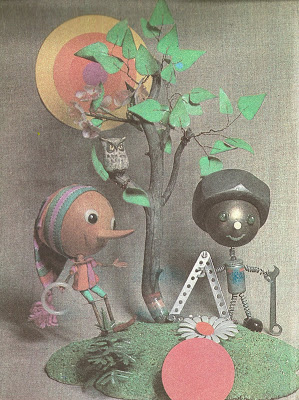 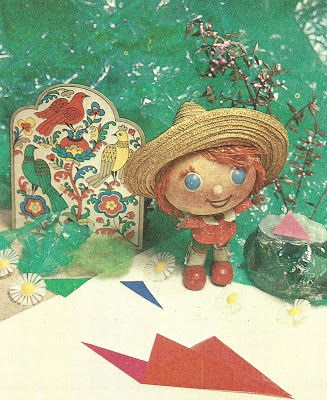 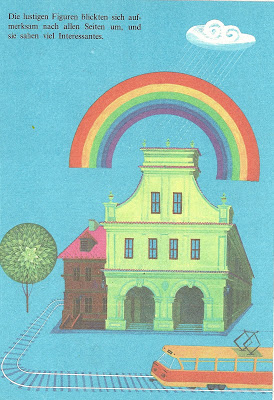 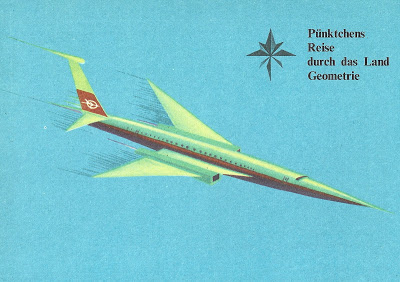 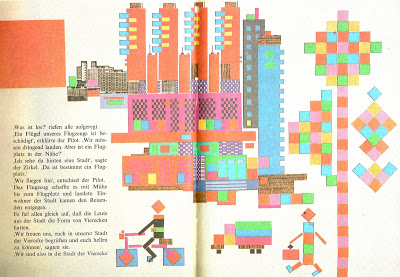 A treat of ‘Ostalgie’ or East German nostalgia, which also brings to mind some of the imaginative puppets and warped stop frame animation that seemed to spring from the Soviet Union and Eastern Bloc around that time and still continues today (I don’t know what they put in the water there but I want some of it)

This was originally printed in Moscow and then printed again in 1978 by Verlag Junge Welt in East Berlin.  Found in a junk shop in Cottbus, a small town in former East Germany.
This entry was posted in BOOK COVERS, DESIGN, EASTERN EUROPE, ILLUSTRATION. Bookmark the permalink.