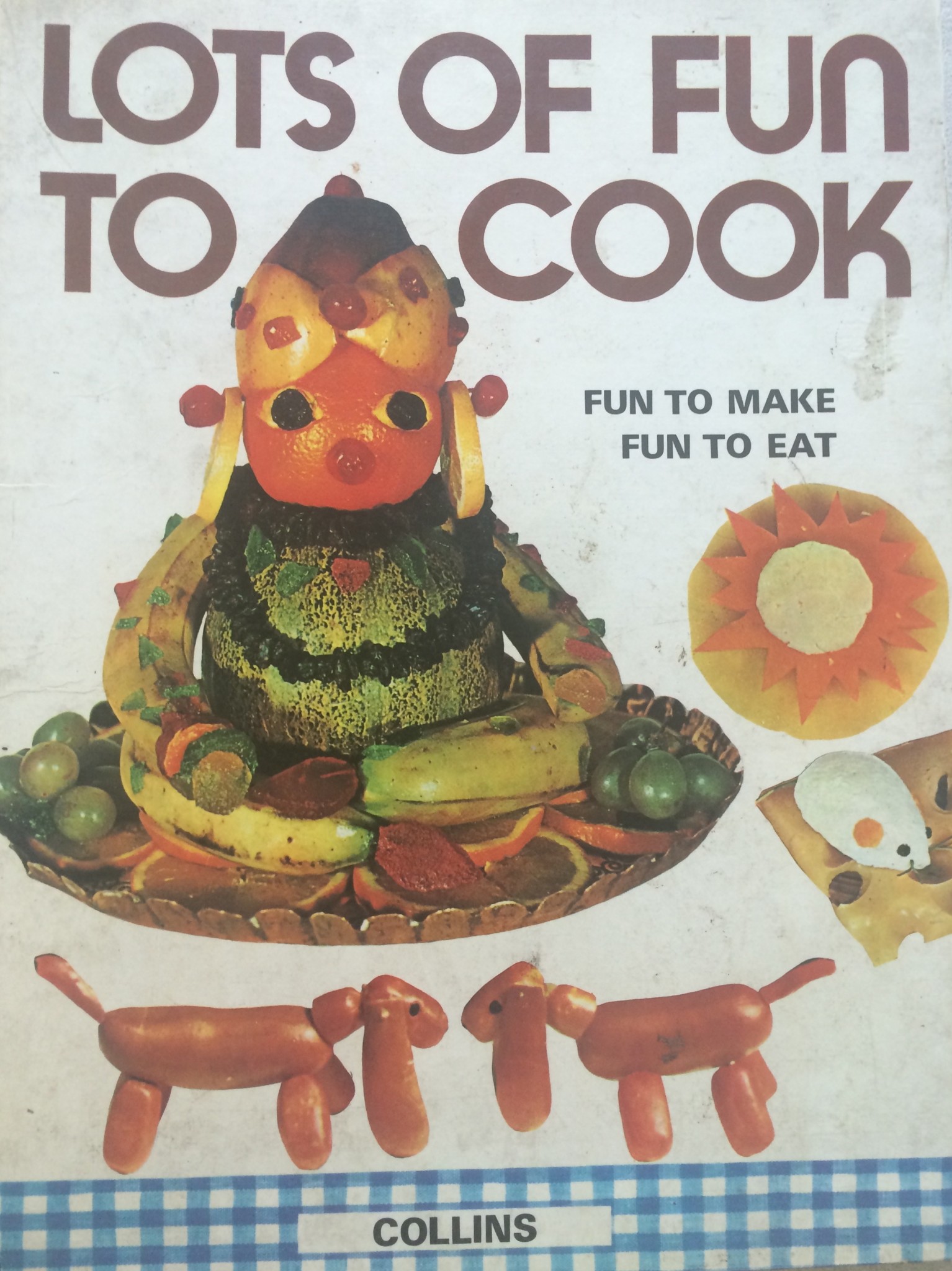 I found this wee artifact of 1970’s insanity in a junk shop in Victoria Park, Hackney in London, many moons ago now.  It reminded me of a similarly nutty retro cookbook I actually had as a kid, with all sorts of inventive yet queasy experiments with foodstuffs, which I felt nostalgic for so I bought it.  On proper examination though, I found some real terrors lying within the pages.  Printed in 1972 by William Collins Sons & Company Ltd 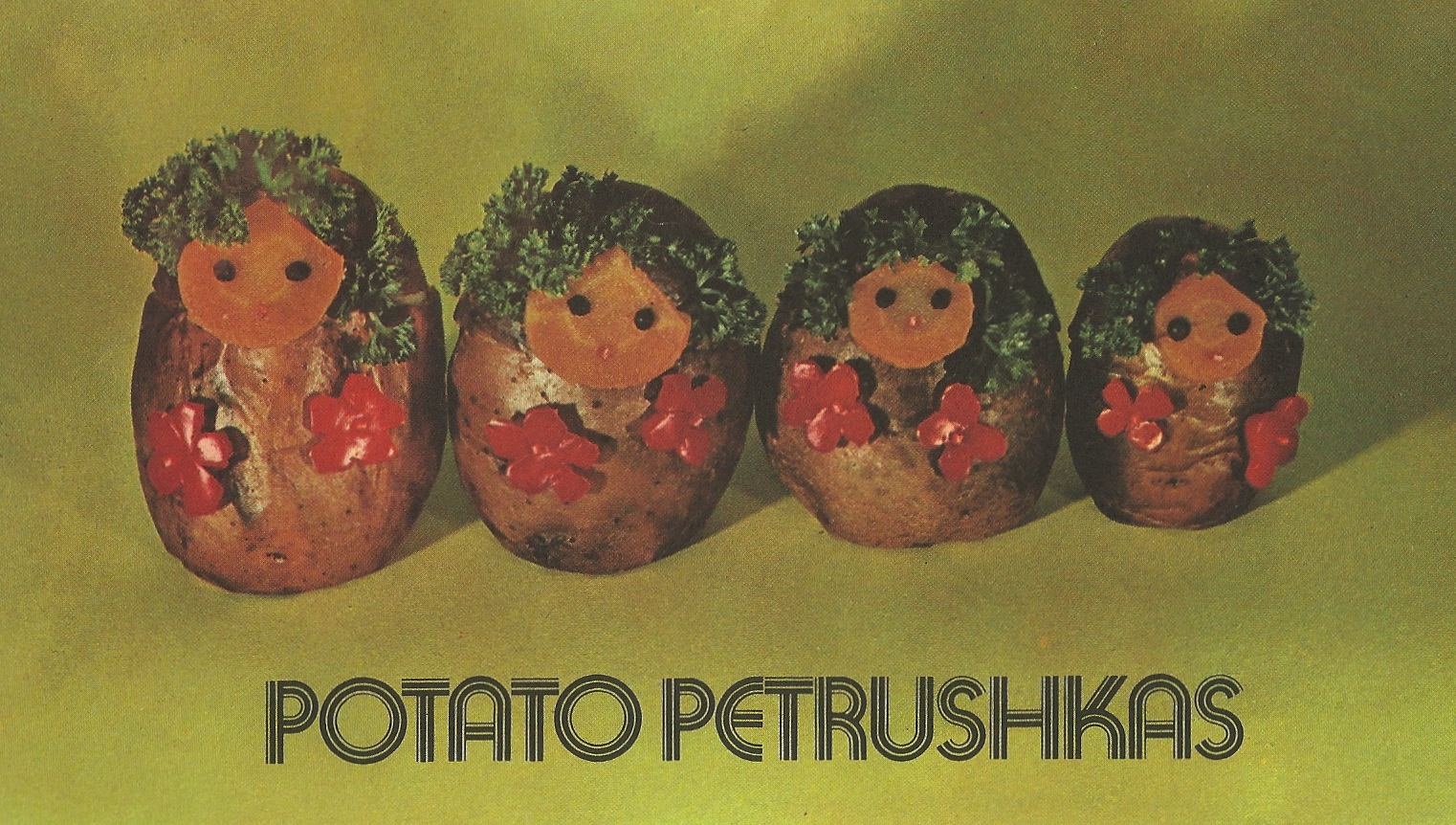 And I do like some of the cute, whimsical and typically 70’s looking illustrations in the recipes 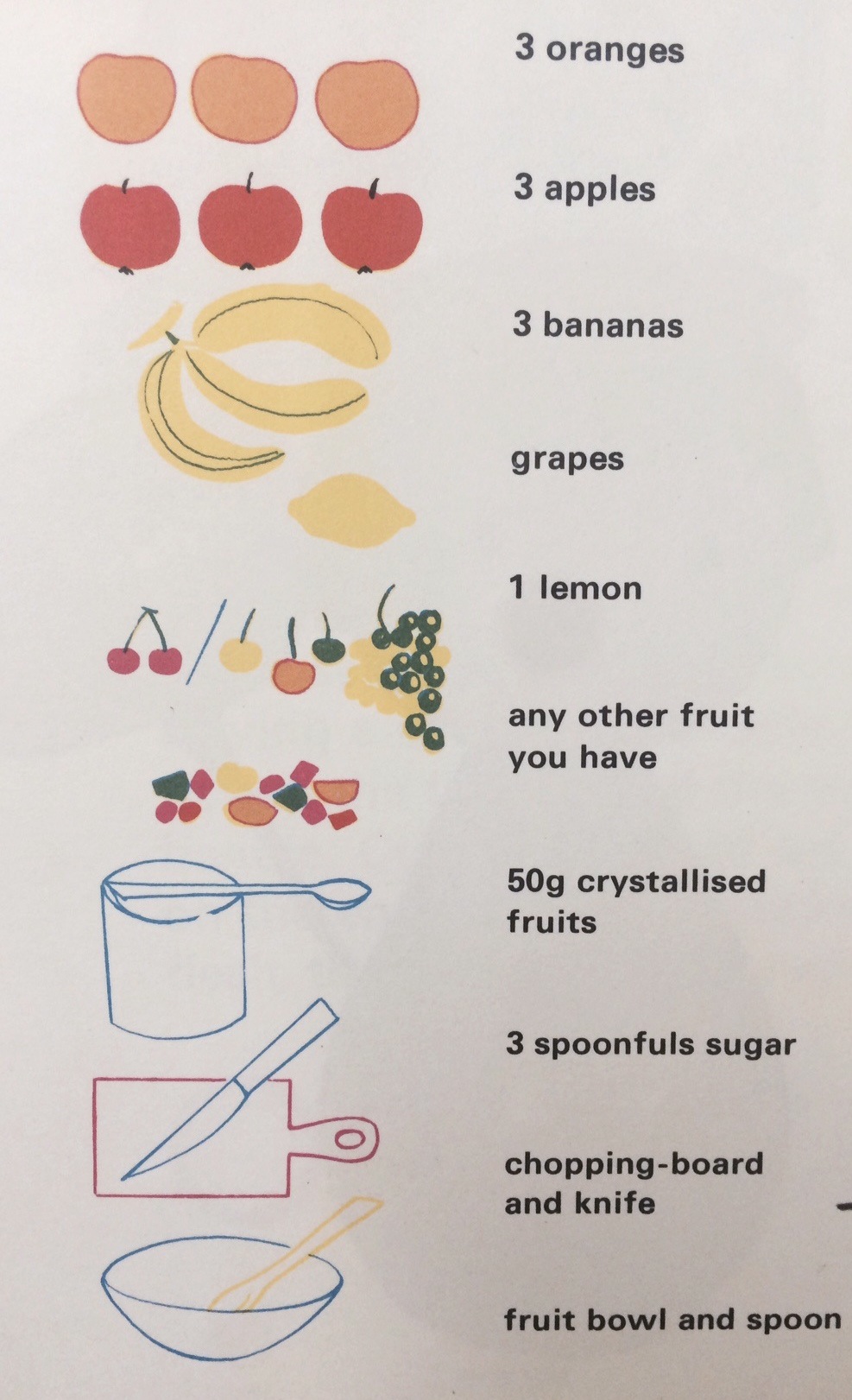 And yes, this affable fella is made entirely out of cheese.  In case you were wondering, I can confirm that his head does consist of a whole Edam. 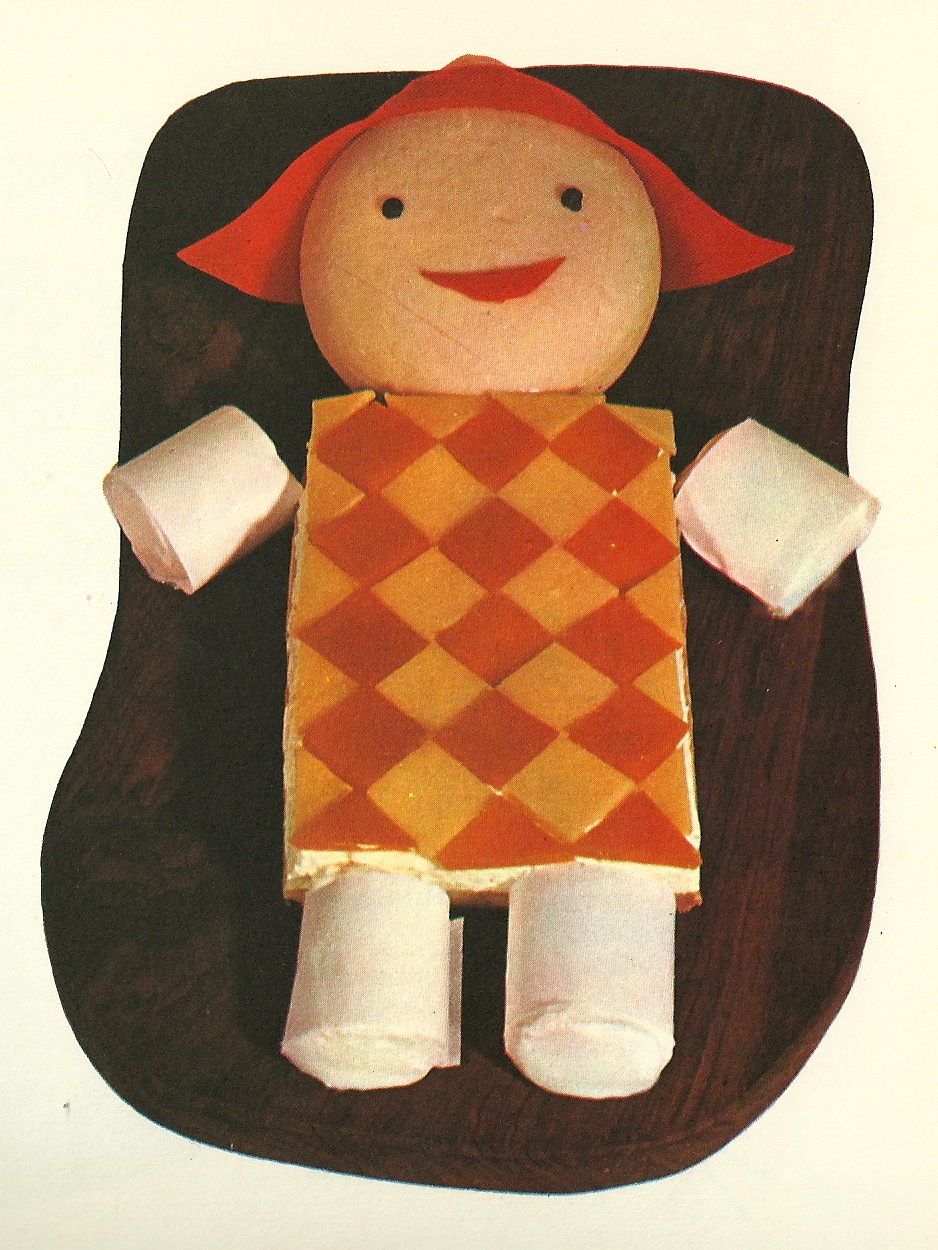 Then things start to go pretty psychedelic.  It was the early 70’s after all and it shows.  The cover star finally makes an appearance – apparently he’s meant to be a Pasha.  Pretty awestruck by this. 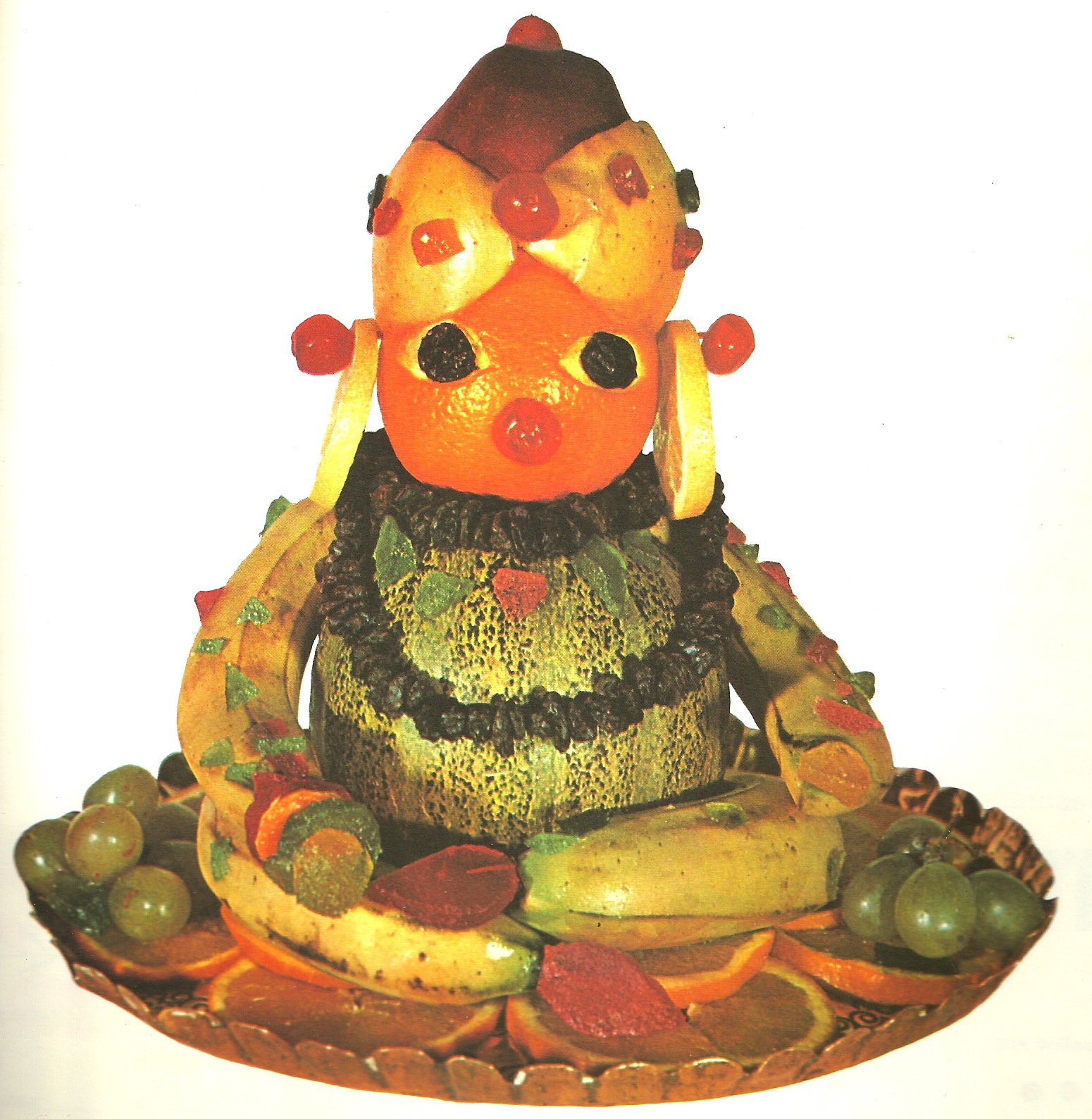 Mmm, just thinking of washing down these naked ducklings with the divine minty goodness of the Peppermint Rose beverage.  Actually feeling a bit queasy now 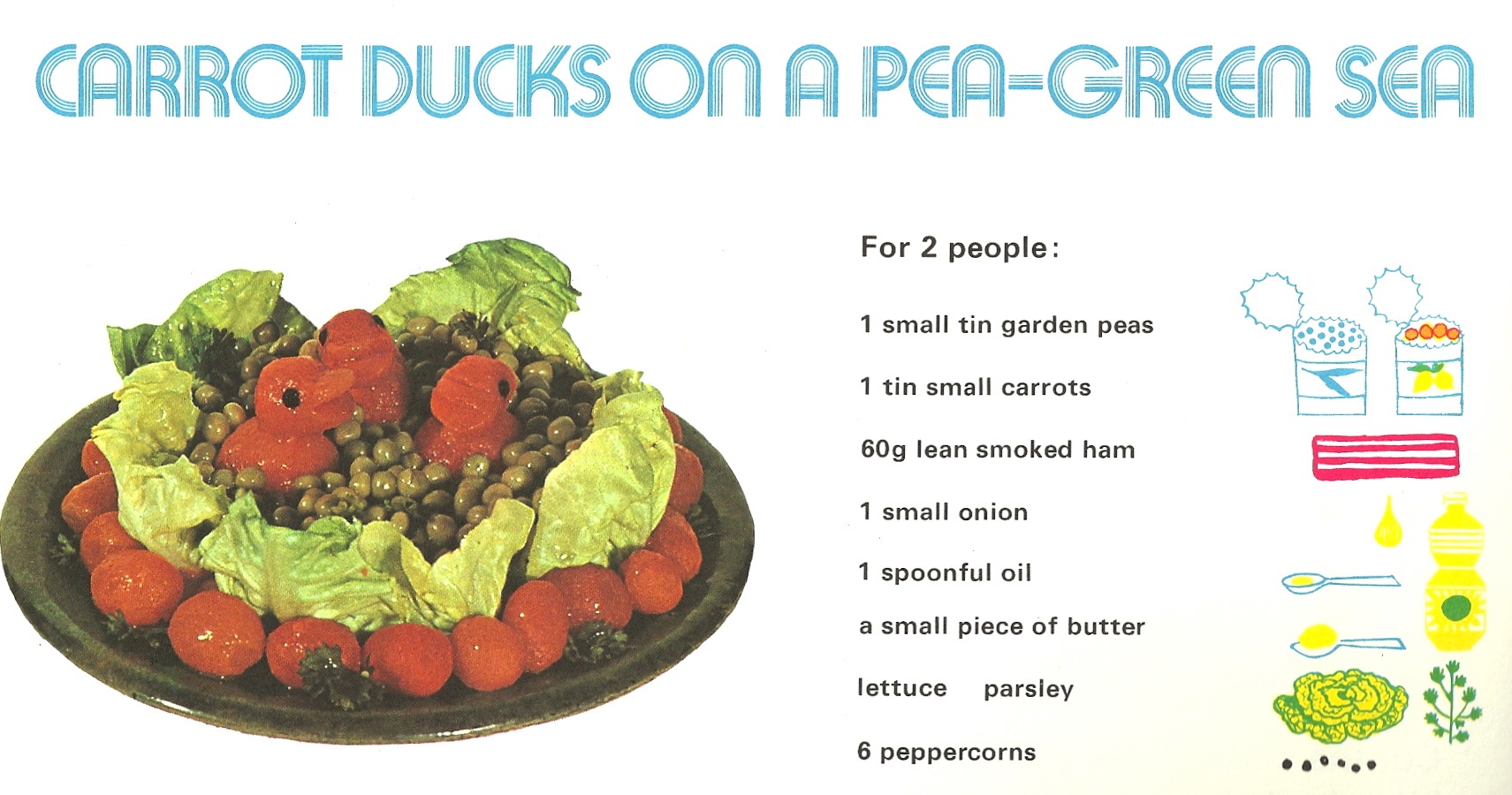 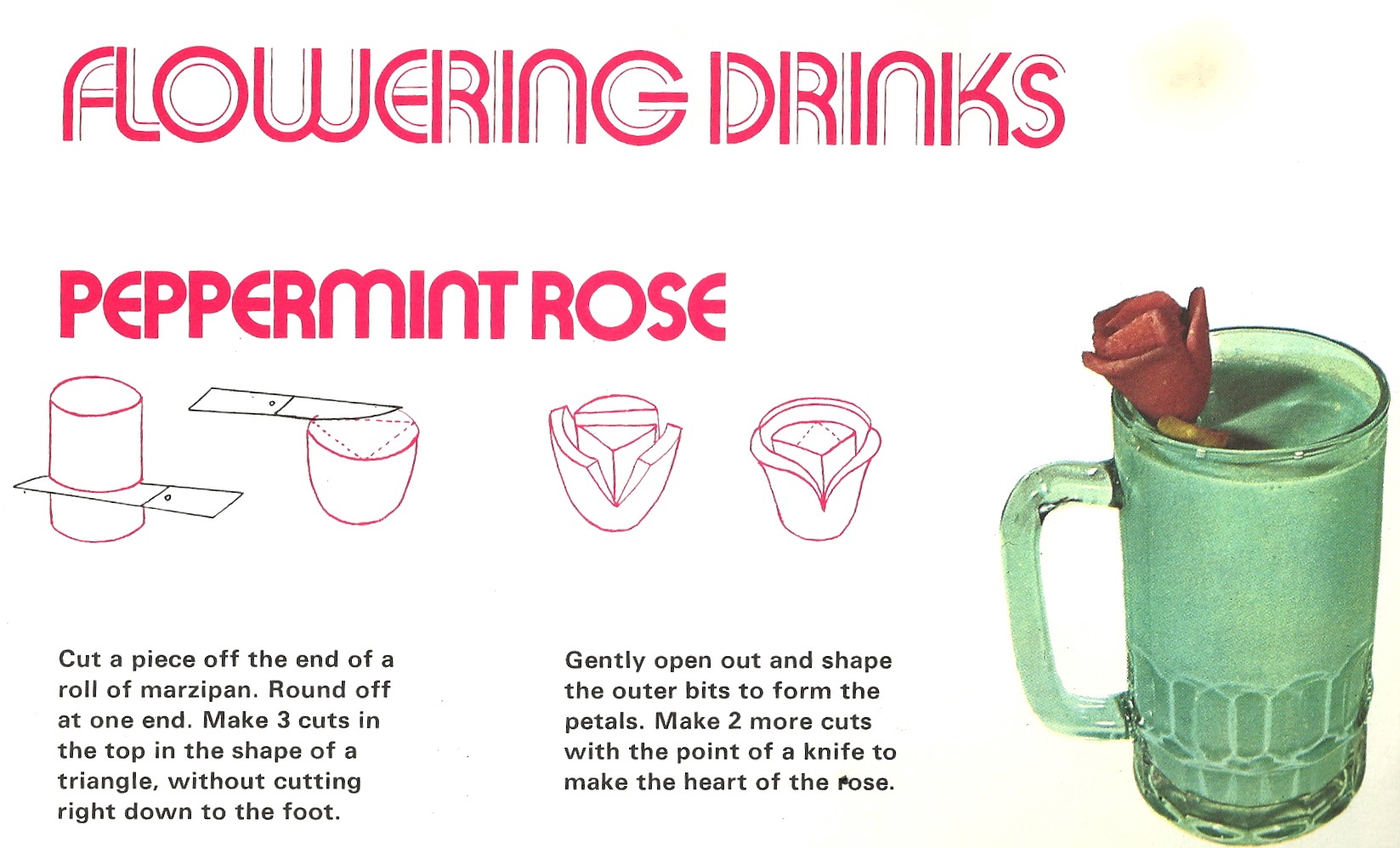 This barbaric image is a little too much for my sensibilities 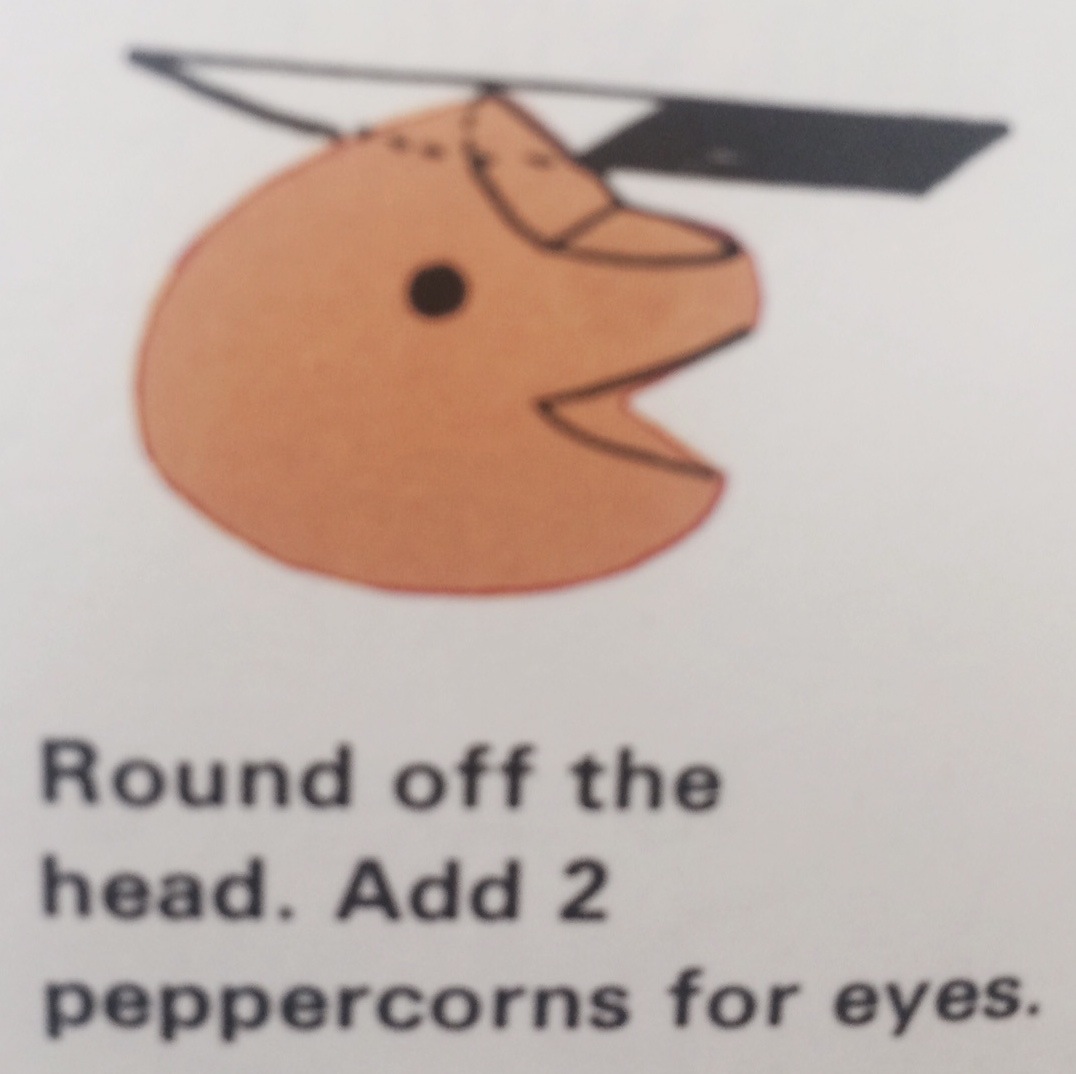 Some pretty non-PC 1970s shockers in there too…. 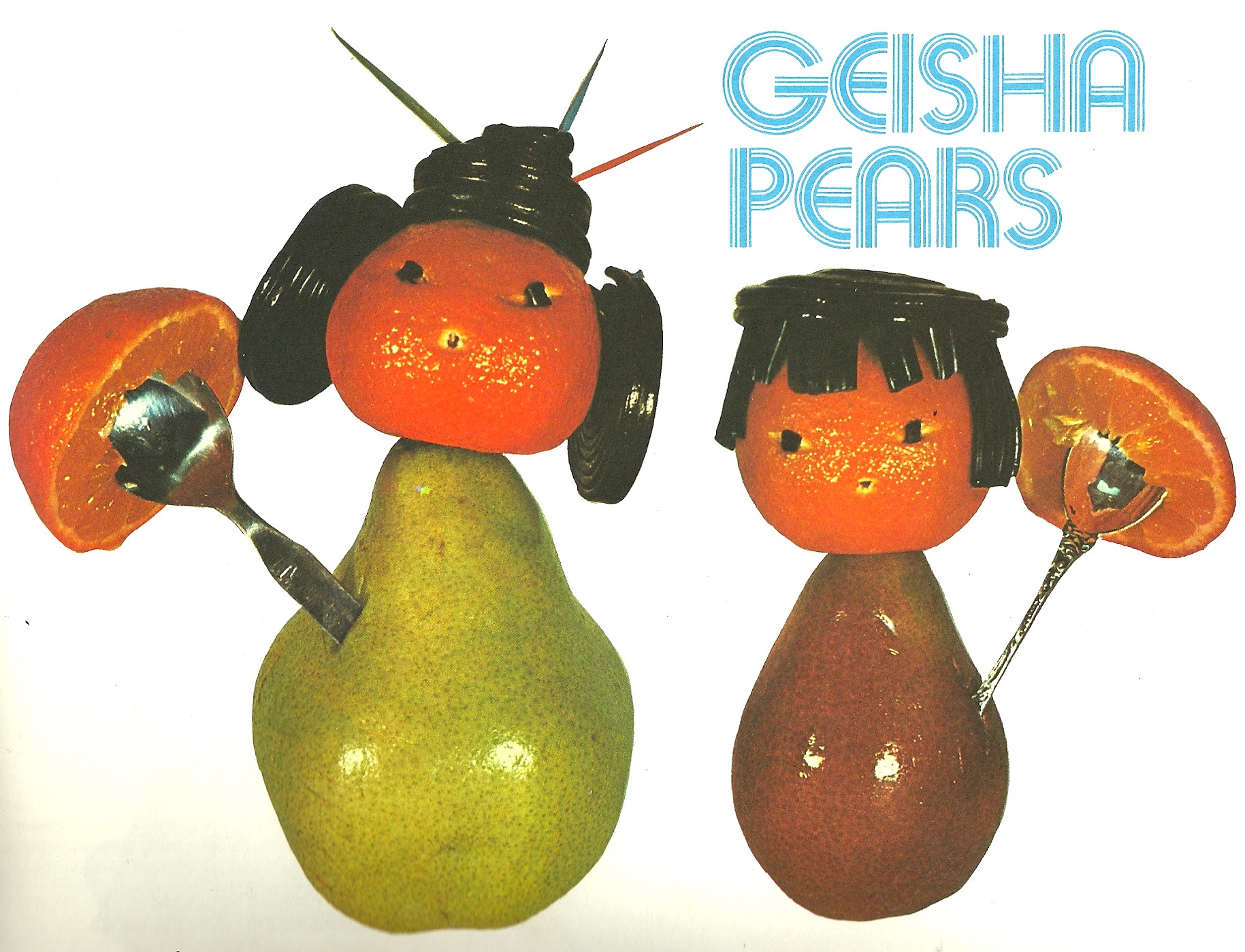 Next is hypnotic orange cat guy.  I couldn’t figure out why he put the chills up me so much…. 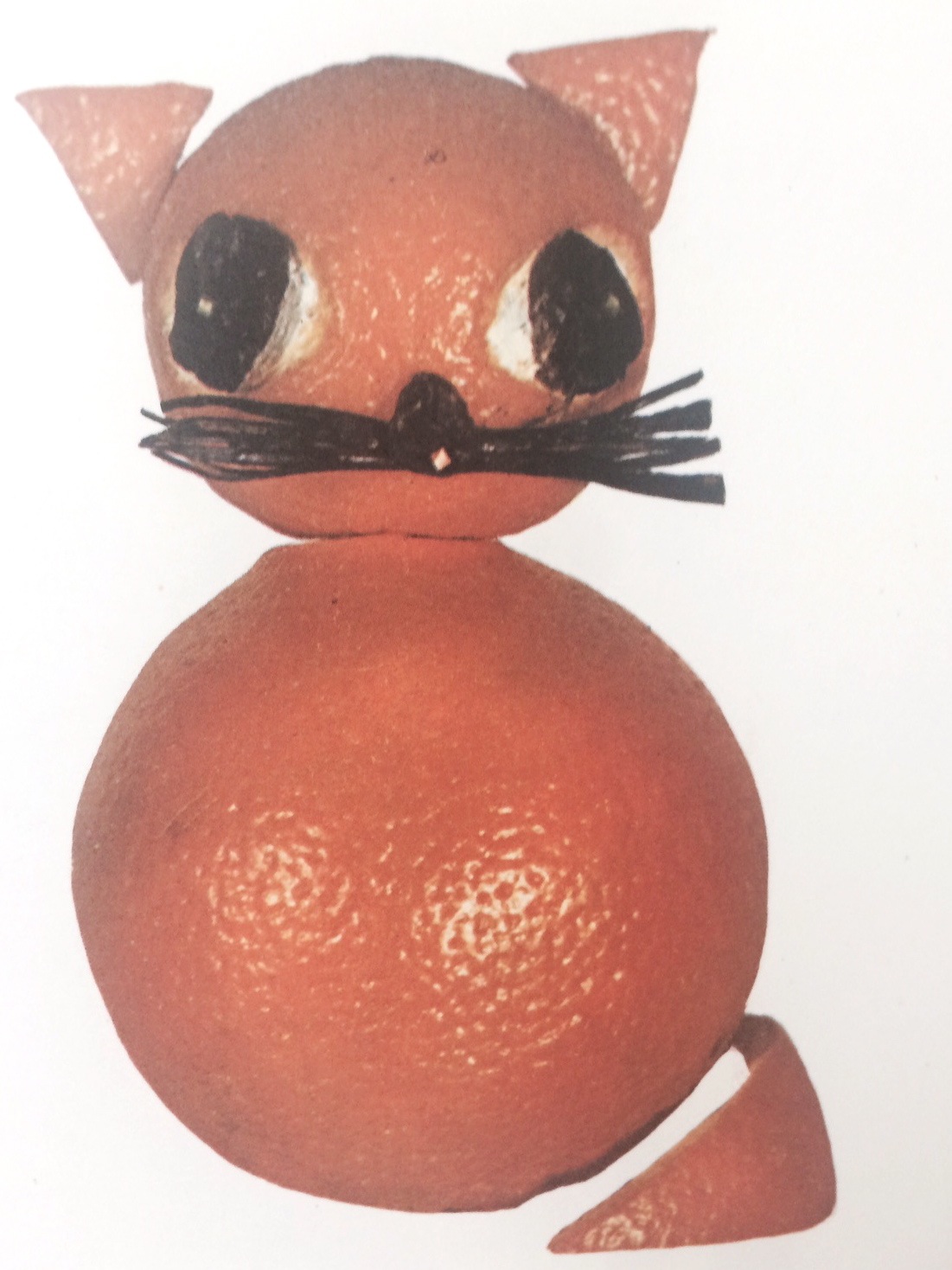 Then I realised how similar his face is to superlatively terrifying feline Charley from the 1970’s and 1980’s Public Information films Charley Says. The first film was made in 1973, soon after this book was published, perhaps this dead-eyed vision of kitty creepdom was perceived to be a fun and friendly character for kids back then…yikes. 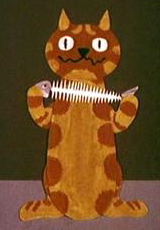 So I saved the best until last.  Are you ready for it? Here he comes 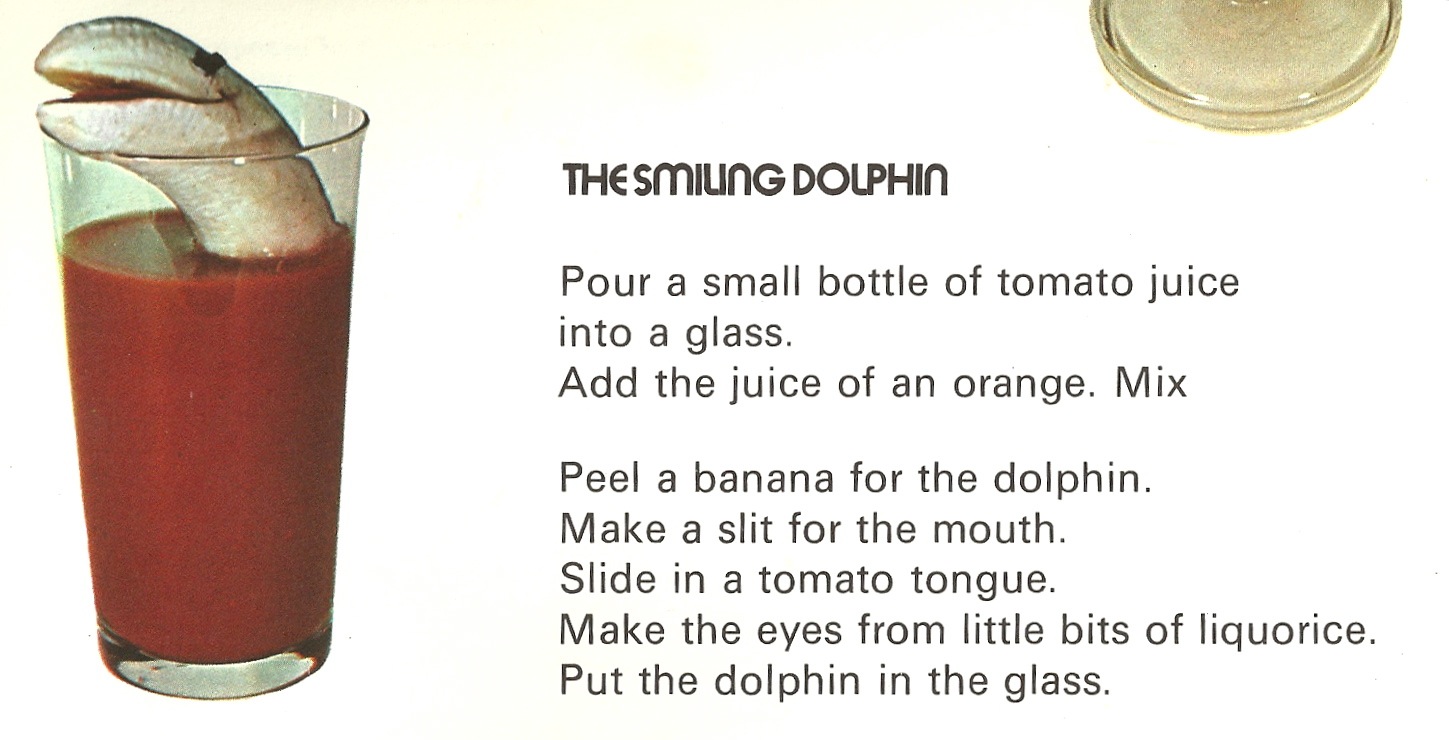 I’m not actually sure if you caught that.  Just in case, here he is again SMILING AWAY 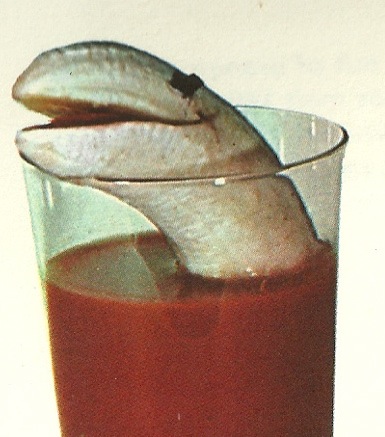 This entry was posted in BOOK COVERS, DESIGN, ILLUSTRATION. Bookmark the permalink.