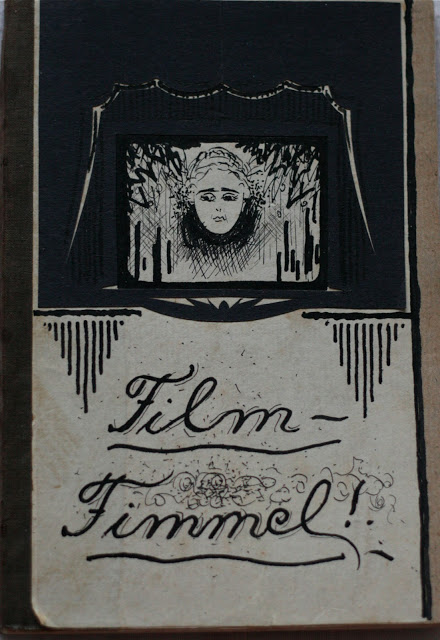 I spotted it nestling at a Kreuzberg fleamarket and was drawn in by it’s cover, finely crafted using delicately cut out paper 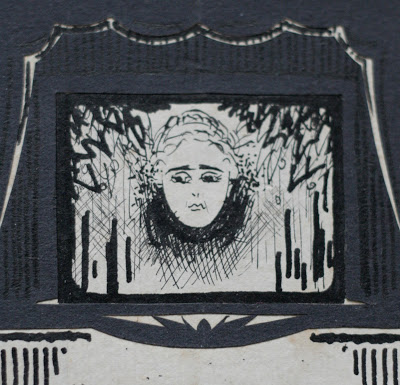 With hand drawn ink patterns and letters too

There was no date but some useful fellow had written this inside – 18.2.23

Film Fimmel roughly translates as ‘Film Infatuation,’ so I was intrigued as to what some of the chapters were about.  Because my German only stretches to ordering kaffee und kuchen, I had to take to Google translate with some of these, with limited results – this section below reads as ‘Mysterious Characters,’ which still doesn’t tell me much, although this flat capped ruffian is already a winner

Since it was printed in the silent film era, I’m guessing the rest are probably directions of how best to execute certain types of scene.  I could only translate snippets of the rest, but I think it’s actually quite fun to get lost trying to decipher the weird and amusing goings on. 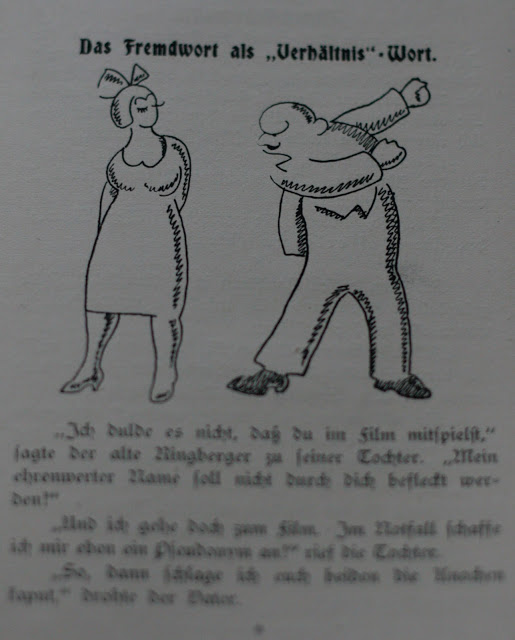 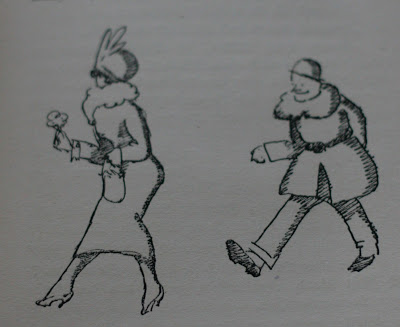 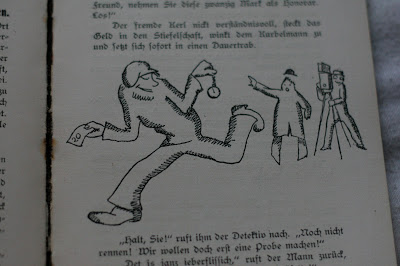 Since some of the pages were slightly coming away which gets those book collector creatures all ruffled.  I got it for just 5 euros which I felt triumphant about since it’s obviously a unique item with an unmistakable connection to the visual hallmarks of what was a hugely influential era.

The cover made me think straight away of the jagged edges, sharp angles seen in lots of German Expressionist films of the time, but especially The Cabinet of Dr. Caligari which I’ve mentioned in previous posts.  I recently watched it with some excellent visual fiends Jo who also blogs about vintage treasures she finds in grubby lorries, and Jaana, Estonian refugee and clever book designer and we were infatuated with the striking sets and spiky shapes and the superb sense of menace and expertly crafted creepiness throughout.  Made in 1920, it would have been around at the same time as the book’s publication. 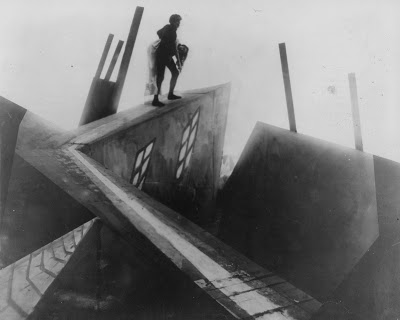 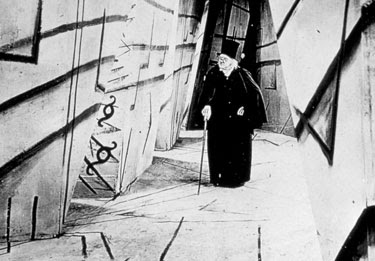 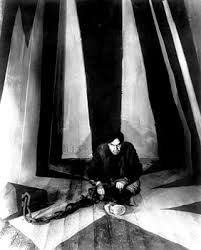 I was in Berlin to create an installation with artist Rachael Macarthur.  Thanks to Das Gift for hosting us, a super bar and gallery space in Neukolln with a Scottish slant.  Here are a few pics of what we created: 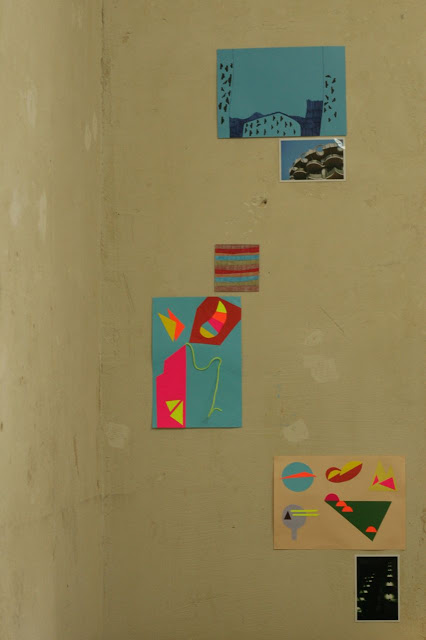 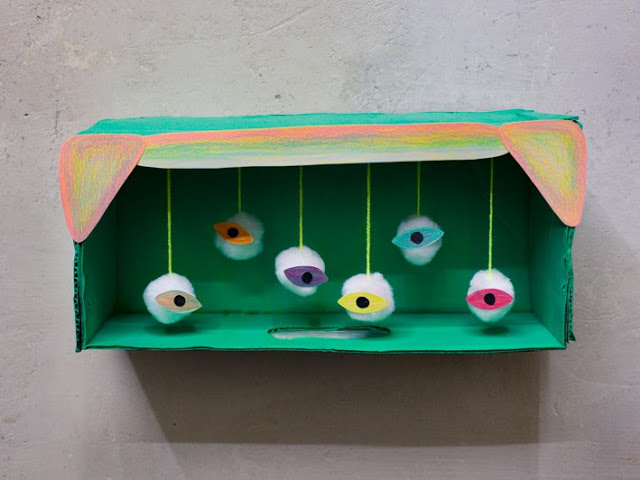 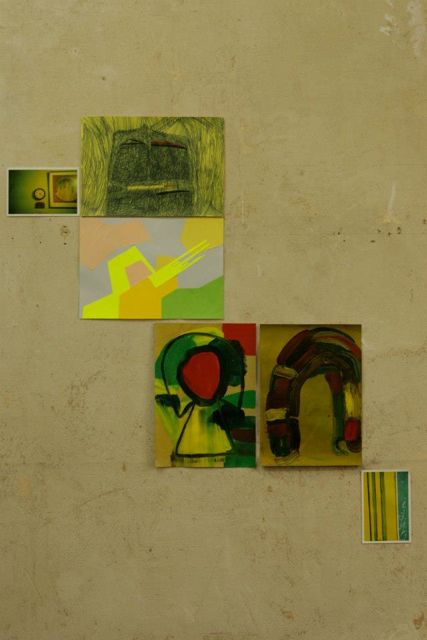 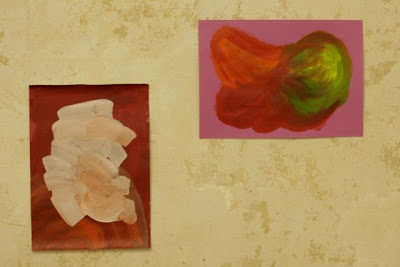 Check out my other post from this trip – our visit to Alexandrowka Russian Colony on the outskirts of Berlin
This entry was posted in BOOK COVERS, DESIGN, FILM & ANIMATION, ILLUSTRATION, TRAVEL. Bookmark the permalink.